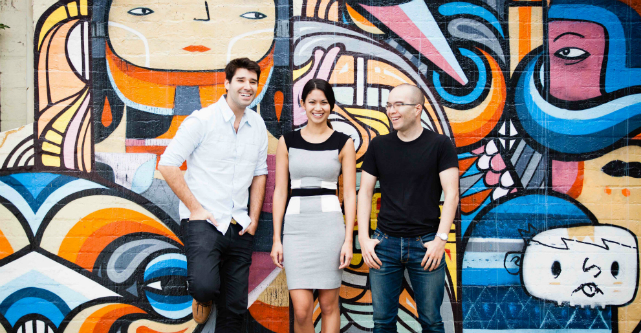 Sydney-based design startup Canva has expanded into Indonesia as part of a broader move to launch its offerings in 100 languages by the end of the year.

After launching an Indonesian-language version of Canva in November 2016, the startup hired Sony Radhityo to head up its Indonesian operations in April this year and officially launched into the market on June 15.

Canva’s head of internationalisation, Georgia Vidler, led the expansion of Canva’s products into 25 languages last year, and says the Indonesian expansion is “part of a greater international expansion strategy we’ve been working on as a team.”

The Sydney-based startup decided a year-and-a-half ago that international expansion was key to maintaining its growth, after founders Melanie Perkins, Cliff Obrecht and Cameron Adams spoke to investors and advisors.

Canva currently boasts more than 5 million monthly active users, employs more than 150 people and more than 100 million designs have been created on its platform.

“A year and a half ago Canva was only in English, and we focused on the US and other English [language] markets,” Vidler says.

“Melanie, Cliff and Cam spoke to the investors and advisors; they said if you really want to grow you can’t bypass internationalisation and you really can’t do it quick enough.”

Vidler says going global in the early stages of a company’s life is key to instilling “an international mindset into the team” because “the later you do it, the harder it’s going to be”.

Canva also launched in Spanish last year, and has recently set up an office in Japan. The company sources talent both locally and from its internal Australian team for these expansions, taking “different approaches depending on the market,” says Vidler.

Here’s four tips from Canva for how to expand your startup into new territories.

Vidler explains Canva’s global expansion as having been a “trial and error process” and suggests other startups establish a scaleable process or a “playbook” for going global.

“When I was brought on board a year-and-a-half ago I had very little experience in globalisation,” Vidler says.

She maintains that getting out there and trying new things is key.

“We launched in Spanish to begin with to dip our feet in the water and try to establish a playbook — since then, we’ve established a more scaleable process,” she says.

Making sure the translation of your app or product is of high quality is vital for any overseas market you are looking to expand into, Vidler notes. Having an English-only app will limit your reach.

“Most people don’t speak English … the large majority of the internet population are non-English speakers,” she says.

Before the Canva team launched its international expansion strategy, Canva researched the “top internet populations” around the world to strategically position themselves, says Vidler.

“We wanted to be in the top internet populations to begin with,” she says.

Canva also researched what kind of designs these different countries preferred, which included creating localised templates and blogs for its recent Japan launch.

As part of its recent Japan launch Canva partnered with a local partner, KDDI Web Communications, to stay up to date with market changes and content and design trends.

This saw the startup release a suite of Japanese-specific design tools.

“Try to make different changes depending on the market to be as useful as possible in that market,” Vidler advises.

I would say that having a local partner, like you have done in Indonesia is also key. No amount of research can make you good enough to be a local when it comes to cultural, customer experience and connections.