Could this be a new Australian internet tax? 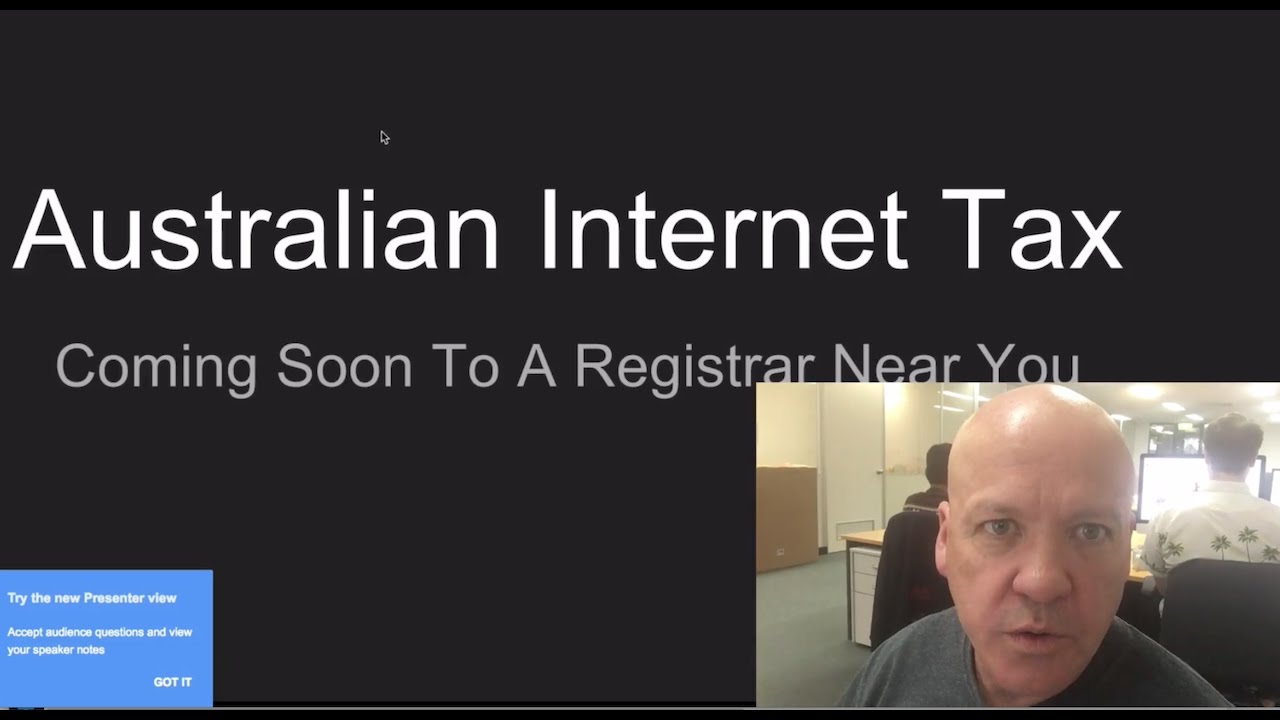 What I’m calling a new Australian Internet tax isn’t an actual tax, but it might as well be. There’s an organisation in Australia called the auDA, which is the Australian Domain Administration. They’re pushing to have direct .au domain registrations. After all, having yourname.au sounds pretty awesome, right?

Trust me, it’s anything but awesome.

The problem with this idea is that it’s a horrible one for business. If you own a business in Australia, you’re going to have to buy new domain names just to make sure cyber squatters don’t register your name out from under you. Depending on your business, you may have 20 variations or more of your basic business domain name.

All told, roughly three million more domain names will have to be bought, just to cover the existing domains list in Australia.

According to the auDA, there are some benefits, which are dubious, at best. They say it gives Australians more choice in domain names, when it actually forces us to pay for even more domains.

They say they’re responding to market demands, but the only actual demand to be found is at the end of a badly worded survey they sent out to 3,000 people. In essence, they’ve created a situation, and then called it a demand. The result is only financially good for domain registrars and re-sellers.

Fortunately, there’s a way to fight back. AuDA is a membership organisation. I joined it a little over a year ago. There’s still time to make an impact, as the association is still doing research on the subject.

Become a member and make your feelings known as they consult with their membership. The small membership fee is a tiny percentage of what you’re going to have to pay if this ruling passes. How many domain names are you going to have to buy if this happens?