Dealing with criticism: What Donald Trump could learn from Aussie entrepreneurs 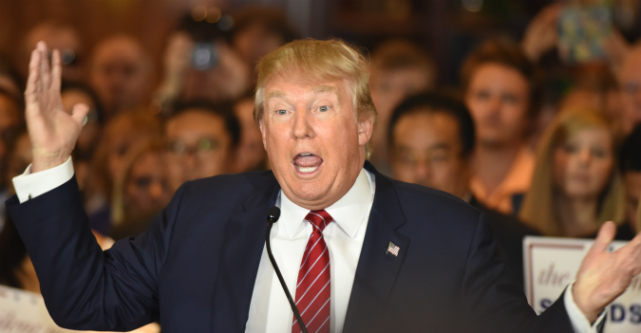 Criticism is a hard pill to swallow and no one knows this more than Donald Trump.

Earlier this week, the US presidential candidate was brought to tears (I imagine) as he tweeted about Saturday Night Live’s satirical rendition of the presidential debates.

While the online community went into a frenzy about his reaction, the whole ordeal raised an important lesson about criticism and better ways of dealing with it.

Donald Trump can’t handle being made fun of on ‘SNL’ https://t.co/OArKaZabO9 pic.twitter.com/5TYL3WV7L6

Here are lessons from six Australian entrepreneurs about how to handle a big spoon of criticism that are better than a Trump tantrum.

1. It takes great leadership to embrace and learn from it

Tech entrepreneur Taryn Williams, founder of theright.fit and Wink Models, used criticism from one of her own staff to redesign her approach as a leader and build a new company culture.

“I received feedback from a new employee once that she was scared of approaching me, and felt I must have been angry with her, and that I was ‘pretty cold’,” Williams tells StartupSmart.

“It was a huge wake up call for me, it was really tough to hear that people I care so much about – my team – felt that about me.”

Amid the chaos of building a high-growth venture, running interstate from meeting to meeting, Williams realised her intense focus on the job at hand left little time for her own team.

“I made a point of clearing one full day a week so I have no external meetings so they know I am available to them any time that day for questions, ideas, comments, suggestions,” she says.

“I also made much more of an effort to check in throughout the day, even if I couldn’t physically do it. I would send them a WhatsApp or slack message.

“I also made sure I was making sure they understood the vision and direction of the company overall with better and more regular internal updates, so they felt included as part of our journey.

“It really made all the difference, and now I can say our culture is one of the things I am most proud of,” she adds.

2. Look in the mirror and reflect when change is needed

40K Foundation founder Clary Castrission says he had to swallow a tough bit of criticism very recently during a pitch to Atlassian.

“The most significant criticism was part of this process where one of the judges felt that we came across as overconfident and a little bit arrogant,” he tells StartupSmart.

Castrission says he took it very personally as he had not intended to be that way at all.

“When you finally build something that’s hopefully valuable you want to shout it out from the hilltops,” he says.

“There’s a very fine line between confidence in your product and stepping over that line into cockiness and arrogance.

“It really made us reflect and revisit the language we were using to make sure that it stayed on the right side of that line.”

The Atlassian Foundation did end up awarding 40K Foundation a $250,000 grant.

3. Don’t let it distract you, figure out the next step

Richenda Vermeulen, founder of ntegrity, says she receives criticism all the time.

“Five years ago, when I first started the business, I took criticism as a very personal attack,” she tells StartupSmart.

Vermeulen says the best way to deal with it is by taking it as an opportunity to learn and grow.

She says it can provide great insights on where you, as an entrepreneur, need to focus.

This understanding of criticism and feedback has now been deeply embedded into the culture at ntegrity.

Vermeulen says they actively seek out feedback from customers whether it’s negative and positive and do the same between employees to grow as a team.

4. Make it a personal challenge to defy the naysayers

Muru-D’s entrepreneur-in-residence Ben Sand, who co-founded $300 million company Meta, says rejection and criticism hurt but they shouldn’t stop you from building what could be a great solution to other people’s problems.

“Dealing with rejection is essential to this whole process,” he tells StartupSmart.

Sand says negative comments from a tech person on a product he was developing left him feeling discouraged, but it also challenged him.

“It felt like being slapped in the face with rejection for a year,” he says.

In the game of disruption and innovation, it’s normal, Sand says, to be confronted by resistance to change so don’t expect people to magically fall in love with your cool new invention at once.

“Ninety-nine percent will not be receptive of it,” he says.

“If they’re all saying they want it [at the start], then what you’re doing is probably already out there.”

The trick, however, is to build something that at first has appeal to a few fanatics but eventually captures the imagination of the masses.

“I need to hang out with the crazy people to start with,” he says.

5. Drop what you’re not good at

Impact entrepreneur Jordan O’Reilly says criticism has taught him to focus on what he’s good at.

O’Reilly, who co-founded Hireup and Fighting Chance, says he struggled with trying to excel in everything.

“People put pressure on themselves to be all things to all people,” O’Reilly tells StartupSmart.

“Really the world doesn’t care what you can’t do, focus on your strengths and really capitalise on those and invest in those.

“Get feedback on what you’re not good at.”

6. Sometimes criticism really has no value so keep your head up and carry on

InDigital founder Mikaela Jade has been confronted by comments that she simply put aside because sometimes, criticism really adds no value.

“I have received a lot of it on my startup journey, particularly around the colour of my skin,” she tells StartupSmart.

“After I met the Prime Minister earlier this year there were a few comments in the media about me not being “Aboriginal”, which is ridiculous. I put that down to ignorance and move on.

“My great friend, sister and colleague Angie Abdilla from Old Ways New Ways told me today that another great example was when we were at the UN, and had discovered the UN Declaration on the Rights of Indigenous Peoples did not take into account Indigenous digital rights.

“We were challenged on being able to amend this document, and instead worked out a better way around, which will end up being game changing global policy in it’s own right.

“I recommend the book Fierce Conversations by Susan Scott – it’s kind of like my bible now on dealing with criticism and moving forward,” she says.