Dr Kirstin Ferguson on combatting “the prevalence of online harassment” 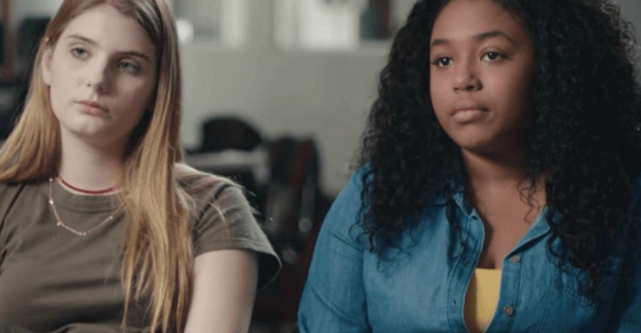 Whilst I have always been active on social media, I particularly enjoy engaging on Twitter.

I tend to tweet on issues relating to women in leadership, leadership and business, or specific topics I find of interest such as women on boards, women in sport, digital trends … you get the idea.

I have been fortunate to have had a very positive experience on Twitter and value many of the people, including so many incredible women, I have met online.

And regular users of Twitter also understand the genuine connection that develops with people you regularly tweet with online, so when you meet a Twitter ‘friend’ in person it can often feel like meeting a long-lost friend.

However, it is impossible to be on Twitter and not notice the everyday denigration of women. This includes comments, jokes, abuse and targeted harassment that would simply not be tolerated in person.

Often the threatening or offensive comments can be directed at women for doing nothing more than offering a view to which someone does not agree.

Sadly, women do not need to do much at all to receive ongoing harassment and vilification online.

In 2016 the digital security firm, Norton, interviewed 1053 women and found that nearly half had experienced abuse or harassment online.

The prevalence of online harassment is even worse if you are aged under 30, with 76% of women experiencing some form of harassment. These figures are, as we all know, completely unacceptable.

I am certainly not so naïve as to think any single initiative is going to change this experience for women online.

Twitter itself seems to be struggling to address the issue and as recently as this week suspended Martin Shrkeli for harassment of journalist Lauren Duca.

In her tweet requesting action be taken, Lauren Duca asked Twitter founder Jack Dorsey, “Why is harassment an automatic career hazard for a woman receiving any amount of professional attention?”

Why is harassment an automatic career hazard for a woman receiving any amount of professional attention? Question for @jack & also society! https://t.co/ULI570zV9n

So my hope is that together we can make a different kind of noise. The idea being more celebration, less denigration.

My goal in 2017 is to celebrate women, from all walks of life, achieving amazing things. And we can all help share their stories because once you look there are simply endless examples of women doing great things.

It feels a little like the #AllMalePanel hashtag – once you look you cannot un-see what is right in front of you and all around us. Every woman we know is doing something extraordinary.

But importantly, while trying to counter the unacceptable harassment of women online was the starting point, the benefit is that through sharing women’s stories we are also inspiring others.

That is because every woman is a role model to someone else, whether they realise it or not.

The female drummer in a rock band is a role model to the young teen at school who isn’t sure whether girls ever get to play drums in a band.

The female accountant who is struggling to achieve the next promotion is a role model to the female graduate who isn’t sure how to land their first job.

The woman who took up nursing in her 50s and now works in refugee camps around the world is showing women at every stage of life that age does not need to be a barrier.

So my encouragement to you is to make a concerted effort to spend time #CelebratingWomen on Twitter, and elsewhere. In this way we can share stories of women who may not otherwise be seen.

And importantly, let’s share stories of women from all walks of life, not only those women who we know better than others (although their stories are wonderful too).

Dr Kirstin Ferguson is a professional company director and sits on a range of corporate boards as well as the board of the Australian Broadcasting Corporation and Layne Beachley’s Aim for the Stars Foundation. Ferguson has a PhD in leadership and governance, and in 2014 was named one of 100 Australia’s Women of Influence. You can connect with her on Twitter or LinkedIn.