“Nothing is learnt through repetition”: How World’s Biggest Garage Sale’s co-founder embraces failure

It was the embarrassment which hurt more than the failure itself I think. Seven years ago, I told everyone I knew that I was going to qualify for the Ironman World Championships in Kona, Hawaii.

So my accountability component was high. Which was good. I learnt years ago to maintain drive towards a goal the objective should be very much public.

However, when competing in the Busselton Ironman to qualify for the Hawaii competition, I made a mistake about halfway in, when transferring from my 180km bike ride to the marathon run. I’d left my watch on the bike. A momentary lapse in concentration saw me finish 12 minutes shy of the qualification time (in an 11-hour race). I was inconsolable for weeks.

In every failure though, you unearth valuable lessons. Without my watch, I was unable to monitor my progress. But it was the disappointment spiral I fell into which ultimately cost me.

I mentally tortured myself, while physically, my body was taking a similar beating.

It was a very painful lesson, but without it, I would not have had the mental fortitude required to quit my secure corporate job, become a founder and try to raise capital, which can sometimes feel like its own form of punishment.

My team is currently trying to raise VC funds, which, when you look at the statistics, doesn’t make for great reading.

Crunchbase reported that in the last three quarters to July, the percentage of funding raised by female-only founded businesses hadn’t cracked 3% globally (Q2 2018 stats were skewed slightly with Peng Lei’s ANT Financial raising its US$14 billion Series C round). 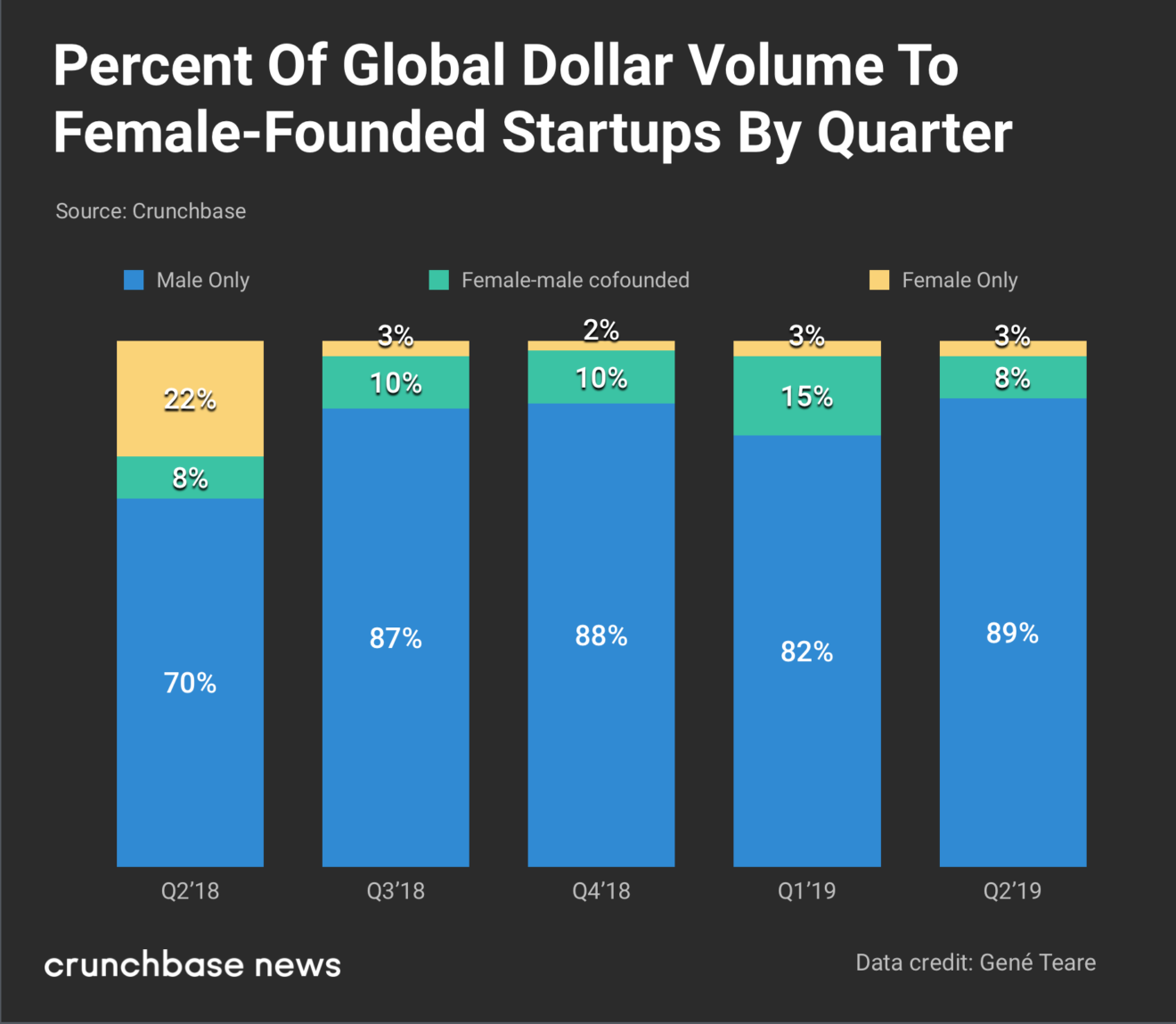 So, to give us the best possible shot, we altered our approach.

Rather than traversing a pitch deck up and down the east coast, we invited potential investors to one evening event and had partners of ours, such as Cisco and BDO, explain why they work with us.

As I write this, we’re a couple of weeks away from closing our seed round, and there’s a very real chance we could miss our target of $2 million. But at least I’ll know we gave it everything.

But between the raise and speaking on a Networx panel in Brisbane recently about lessons learnt from failure, I’m sure now that we need to change how we view failure in this country.

Just last week, Harvard came out with a report showing Australia’s economy is 99% reliant on seven industries, many of which are natural resources.

We need to innovate more as a nation, and adopting other countries’ approaches to failure is one way of helping address this chasm.

We need to change the language we use around failure. It currently has a very binary connotation. This is purely anecdotal, but I hear the fear of failure is now even restricting teenagers.

Yet, head to Silicon Valley, and entrepreneurs are viewed as risky if they don’t have a few failures under their belts. How else could you have the experience of what might go wrong without it?

It’s a perspective which views your progress as a journey, and rightly so.

Just as we screw up and make mistakes in life, so too should we in business. Iterate, learn and move forward.

So let’s move towards a learning mentality, where every action is an opportunity to gain a greater knowledge of what works, and doesn’t. We pivot and iterate in our teams, now let’s extend that ‘agile’ approach to whole business ventures.

We’re all on our own journey.

Nothing is learnt through repetition

I’m currently keeping a video diary documenting the entire process of our raise. My aim is to show the full range of emotions founders go through. Too often we have our carefully curated digital lives which contrast against the pain every entrepreneur experiences.

The ‘hustle’, which is purveyed by millionaire commentators, isn’t helping. We need to celebrate the good and the bad parts of our roles and provide a community to support in the toughest of times.

But let’s not wait until you’re out of it to share. We need the most support when we’re least likely to ask for it.

So let’s share when things aren’t going so great and help normalise these experiences.

It’s should be clear to see

One of the biggest lessons I’ve learnt is about transparency and accountability. When I worked for a corporate, I could sometimes expect too much of my team without showing understanding or communicating effectively.

But we need to confront our mistakes, otherwise, there’s no progression.

At World’s Biggest Garage Sale, we have daily and weekly meetings which outline our goals, the metrics we’re going to use to meet them, and any other barriers which might prevent us from achieving our targets.

Personally, I’ve committed to running 2019km in 2019. Seven days into the year I shared this goal through my social channels and share updates when I can. It has resulted in a digital cheerleading squad which helps me get out of bed at 5am when it’s dark and gloomy.

A degree of failure is unavoidable, so it should be thought of as an opportunity to learn from. So let’s start viewing it as such and normalise the process to progress.

And remember failure is not who you are, it’s the journey you’re on.