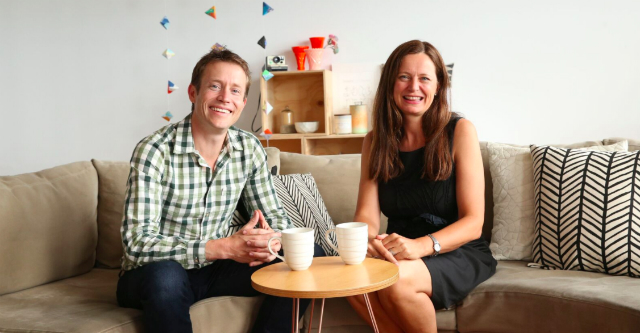 The managing director for Etsy Australia and Asia is joining the board of a Sydney startup that provides small business owners with a 100% carbon neutral option for deliveries.

Sendle’s new board member Helen Souness says the fast growing company’s effort to do more than make profit gave her a compelling reason to join them.

Over the past decade, Souness has worked for a number of digital marketplaces, including tech giants Envato and Seek.

“It gives you perspective on product challenges, marketing challenges, operational and people challenges in scaling a business in rapid growth,” Souness tells StartupSmart.

“We’re working very fast to lay the tracks in front of a very fast moving train.”

Impressed by Sendle’s founding team, their traction with 20% month-on-month growth, and enviro-friendly service to customers, Souness says the startup shares core attributes with some of the most successful companies she’s worked for.

“For me it is very much about the people and the team and the values alignment with what you’re focused on in the business … In the long term how are we adding value to our customers?” she says.

Souness first met Sendle chief executive and co-founder James Chin Moody at an event where they both spoke about the potential for businesses to create a positive impact on people and the environment.

“I met James a couple of years ago speaking for the B Corporation organisation in Australia,” she says.

Impressed by Moody’s vision for Sendle and sensing an alignment in company values, the meeting sparked a marketing partnership between Etsy and Sendle.

“We obviously share a target market with small business [owners] working from home,” she says.

For startups interested in bringing on successful executives on to their boards, Souness says it really boils down to shared values and visions, and ultimately, their availability.

“It’s not dissimilar to what investors look for,” she says.