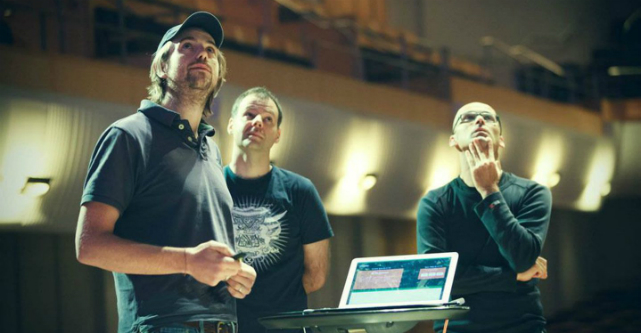 He’s a tech billionaire, co-founder and co-chief executive of software giant Atlassian, and one of the youngest Australians on the Forbes‘ Billionaires List, but even Mike Cannon-Brookes still feels like he’s faking it most days.

“Have you ever felt out of your depth, like a fraud, and just kind of guessed/bullshitted your way through the situation, petrified that at any time, someone was gonna call you on it?” Cannon-Brookes asked the audience at a TEDxSydney event last week.

“Most days, I still feel like I often don’t know what I’m doing. I’ve felt that way for 15 years. I’ve since learnt that feeling is called impostor syndrome,” he said.

Cannon-Brookes admitted to feeling like an impostor when hiring his first HR manager when he’d never worked in a company with HR before, and spoke of “feeling like a five-year-old” when attending board meetings in a t-shirt with “acronyms flying around” that he would “surreptitiously write in a notebook to look up on Wikipedia later”.

Cannon-Brookes said feeling like an impostor doesn’t go away with success or accomplishments.

“I had assumed that successful people don’t feel like frauds,” he said.

Cannon-Brookes said he most recently felt like an impostor after he challenged Elon Musk on Twitter over his offer to “fix” South Australia’s power issue in 100 days.

In the hours following the Twitter exchange, Cannon-Brookes received numerous calls from every media outlet asking his professional opinion on the energy crisis.

“At the time I couldn’t really have told you the difference between a 1.5V AA battery that goes in my kids’ toys and a 100 megawatt-hour industrial scale battery facility that goes in South Australia that could potentially solve the power crisis. So now I was feeling a chronic case of impostor syndrome,” he said.

Yet instead of backing down from his comments, Cannon-Brookes spent the next week learning all he could about the issue, even speaking to ministers and the chief scientist at the CSIRO.

He said the Twitter showdown had shifted from focusing on “theatrical lumps of coal” in Parliament to discussing the best ways to build large scale renewable batteries.

But his feeling of being an impostor didn’t stop him from contributing to the debate, because he was not afraid to ask for advice.

“People think successful people don’t feel like fools, but I think especially with a lot of entrepreneurs, the opposite is more likely to be true,” he said.

“The most successful entrepreneurs I know don’t question themselves, but they do regularly question their ideas. They know when the water is way too deep and they are not afraid to ask for advice.”

Cannon-Brookes says it’s okay to be out of your depth, as long as you can accept that and channel that fear into something productive.

“The important lesson is by that time of my life, I knew well that I was an impostor. I knew I was miles out of my depth. But instead of freezing, I tried to learn as much as I could, motivated by my fear of generally looking like an idiot, and try to turn that into some sort of forceful good,” he said.