Gem Accounts attracts million-dollar investment: how to sell a stake in your business while you’re still in beta 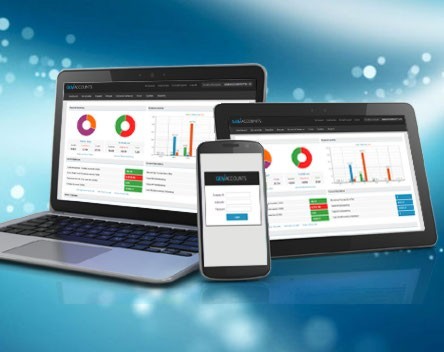 SimPRO Software has this week announced the acquisition of a 30% stake in Gem Accounts, an accounting software platform that is just over four months old.

SimPRO Software co-founder and chief technology officer Jonathan Eastgate told StartupSmart they were interested in Gem Accounts and began conversations as soon as the start-up launched their beta in January 2013.

Citing scalability issues with current accounting software systems, Eastgate says they were exploring developing their own financial reporting backend when they became aware of Gem Accounts.

“We looked at Gem and thought these guys are great tech heads and product developers, they’re not great marketers but we’re all working on that,” Eastgate says. “There doesn’t seem to be anyone else doing work in the mid-market space. From the get-go they planned to build a scalable system, with multiple languages and currencies and that’s something not available elsewhere.”

SimPRO now owns 30% of Gem Accounts and has one board position. They have also been given the option to increase their stake in the next 18 to 24 months.

“Our CEO Brad Couper is pretty keen on trying to get 100% if he can. I don’t think Gem would be averse to that, as they see the opportunity,” Eastgate says, adding if they do acquire the whole company, the Gem brand will stay. “We don’t have plans to rename it, we like the name and it fits the space quite well. It’s certainly getting plenty of acknowledgement, so it would be a silly move to squash.”

Gem Accounts is expected to bring in $2.2 million in revenue in its first year. They have hundreds of clients across Australia, New Zealand, Canada, the US and Singapore.

Sean Diljore, who’s on the boards of both companies after the Gem Accounts purchase, says the deal and probable total acquisition was testament to Gem Accounts’ targeted approach to meeting a gap in the market.

“The Gem Accounts team saw a gap in the mid-market, and at that time I was sitting on the board at SimPRO. I could see there were significant ways that both companies could work together, and the way we tested the waters was via our integration in January,” Diljore says.

He says the opportunity for a young start-up like Gem Accounts to work with an established and successful cloud software company was an opportunity they jumped at.

“As we integrated and moved forward, we kept seeing even greater synergies than we expected. Then it was a just a matter of getting a deal done,” Diljore says, adding that from the point of view of the Gem Accounts board, it is likely they’ll be acquired completely by SimPRO in the next few years.