Melbourne startup Skatespots acquired by its US rival 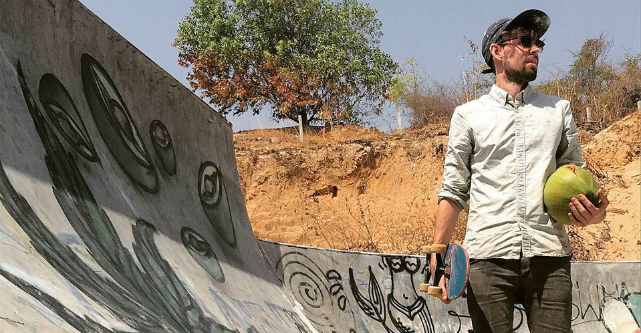 An Australian startup offering a platform for users to find the best local places to skate has been acquired by its US-based competitor.

Skatespots.com.au has been bought by its similar named rival Skatespots for an undisclosed amount of money.

Skatespots.com.au is a user-generated social content app for skaters to find skateboarding locations. The app and website allows users to create profiles and listings of their favourite locations and to find new ones.

Skatespots.com.au founder Dylan Jones says the US-version is the same concept but with a more international outlook, and the decision to sell his business will mean the platform he created four years ago can reach its full potential.

“Them acquiring me allows them to have a lot more content in Australia, an area where they had no content before,” Jones tells StartupSmart.

“It’s a bit hard to gain traction being just an Australian company. I thought they had the means and motive to take it to the next where I couldn’t, so it was time to send it on its way.”

He says discussions with the US-based startup began a couple of months ago.

Jones says he will no longer be involved with the startup, and didn’t take the decision to sell his “baby” lightly.

“I love the site and the community that was built, but at the end of the day I didn’t have the time or resources to do it justice anymore,” he says.

All content posted by users to the Australian startup will now be transferred to the US Skatespots.

For US Skatespots founder Daniel Nilsson, the acquisition is an opportunity to expand its network of passionate users.

“We have always considered skatespots.com.au our companions not our competitors,” Nilsson says.

“And we want the same thing – to help other skateboarders.

“We are honoured for this opportunity and we will give skatespots.com.au users our full support.”

For other entrepreneurs looking to build a strong community around their startup, Jones says that it’s crucial to have a personal connection with the offering.

“If you’re building a community site you have to be a part of that community,” he says.

“It’s really hard to build something like that and be fake about it.

“Skatespots was very successful for a lot of years because I was out there talking to skaters and I was able to share the site that I loved with them.”