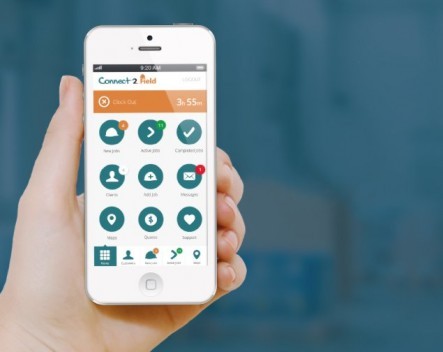 It was a message from a LinkedIn connection last year that started the process for Connect2Field founder Steve Orenstein to sell his business software service company to global fleet management corporation Fleetmatics last month.

Connect2Field launched in 2009, and Orenstein had since built up customers around the world, when he received an out-of-the-blue message from a senior Fleetmatics manager he was connected with via the professional networking site.

“They were in the early days of looking to acquire a business. They were searching all over the world to see what was available,” Orenstein told StartupSmart in a phone interview from Portugal, where he was on holiday.

Then in May this year, Fleetmatics came back to him expressing an interest in taking over Connect2Field, which allows service businesses to store information such as job sheets and invoices in the cloud and are accessible anywhere.

“My initial reaction was ‘no, it’s not the right time to acquire us’, but they came back with a good offer and also their business connected so well with what we’re doing,” Orenstein says.

“I still thought we had a long way to go in our growth curve and I still saw there were a lot of opportunities for us and we were executing well, we had plans in place.

“It wasn’t really on the cards to consider an acquisition at that point in time. But once I started to look into the deal in more detail it became very attractive, but also from the point of view of seeing the product become a leader.”

A deal was done for an undisclosed sum and Orenstein, 33, has moved from Australia to Dublin, where Fleetmatics has a large development team, with his wife to join the company while remaining chief executive of Connect2Field.

“It’s exciting times now because we’re part of a much bigger organisation and it has a lot more funding. So having been in start-up land, where you’ve always been looking at how much you’re spending and that sort of stuff, it’s now a very different ball game. You’re able to do a lot more things than what you could previously,” Orenstein says.

“By doing that you should have people contacting you,” he says.

Orenstein advises other start-ups to try to avoid having to go into the market themselves to find a buyer.

“It becomes very difficult and your ability to negotiate is far more difficult.”

He suggests that the biggest thing for start-ups is to ensure they have money in the bank.

“If you’re close to running out of money or anything like that, and you’re negotiating for investment, you’re in a very difficult position, and then an investor will take advantage of that,” he says.

Orenstein also says the best advice he can give for companies going through an acquisition is to make sure they have a good legal team.

“When you’re involved in negotiations, let a lawyer have those arguments for you rather than you having those arguments directly with the person who’s looking to acquire the business,” he says, adding that it takes emotion out of the process and avoids hurting relationships.