What it’s actually like to sell your startup: “You’ll be an emotional wreck” 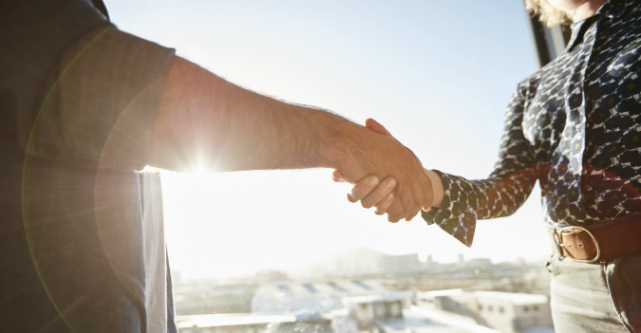 For a lot of startup founders, selling their business is the ultimate end goal– the light at the end of the tunnel that they are constantly striving to reach.

But how does it actually feel to reach this huge milestone?

Viewabill founder and CEO Robbie Friedman describes these emotions in an insightful LinkedIn piece detailing what it’s like to hand over your startup.

Friedman says he used to “pray for the day” when he could successfully sell his startup.

“To hand somebody the keys to the kingdom, turn around and do a little heel-click while walking off into the sunset. To be done, to move on,” he writes.

“To throw your life-ruining iPhone 40 feet into the air and watch it crash into a million little pieces, one piece for every painful email that you endured.”

Friendman reached this goal a month again, and says it isn’t anything like how he imagined it.

“There were no trumpets. No parades, No I-told-you-so’s. No glamorous vacations or funny out of office notifications,” he writes.

“Exhausted and worn from the years of constant blood, sweat and tears, I didn’t even take toll of our accomplishment before receiving my new email address and being told to show up to the acquirer’s new hire orientation.

“It felt like just another day, with all the ups and downs to which I’d grown so number.”

He says that it wasn’t until he visited his company’s offices for the last time that he became nostalgic for the early-stage startup days.

“Everywhere I looked there were artifacts of life, of team work, of excitement,” he writes.

“Maybe I’m the first person to ever become sentimental about 30-somethings doodling stick-figure diagrams explaining how to properly flush the toilet, but for the first time I realised that I actually miss the playful startup days, the days when every idea could lead to a world of possibilities.”

The acquisition process is like a “startup’s puberty phase”, he writes, and founders need to be prepared for the clinical, emotionless process.

“While you’d like to believe that everyone cared about all the great things you’d done, the truth is, once the term sheet is signed, momentum does the rest of the work,’ he writes.

“Things just happen and no one has time to invest personally in the outcome – except you of course. You’ll be an emotional wreck, thinking and re-thinking the deal while everybody else involved is just trying to do their job.”

And although the focus is always on money whenever there’s an acquisition, Friendman says this becomes less significant once it’s all said and done.

“You don’t start a startup to be rich,” he writes.

“You do it because it’s an avenue for a normal person like yourself to take a turn at being wildly creative.

“Money is good, but it’s not the reason to do anything”

You can and should read the whole piece by Robbie Friendman here.