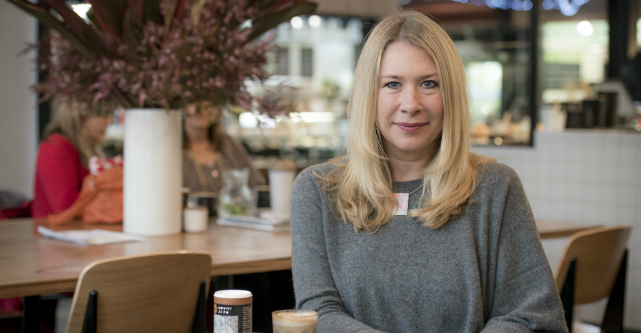 A Melbourne-founded startup that is using an online marketplace to reduce tonnes of food waste across Australia has secured $2.6 million in funding from major investors.

The round was led by the Fairfax family, with the Myer family, Silver Chef owner Allan English and several high net worth individuals also participating.

“It was really important for us that they all had a purpose above and beyond the dollar.”

“Surplus food is not necessary close to the use-by date,” says Barfield.

“More often than not it’s a cancelled order.”

Barfield, who was SecondBite’s founding chief executive and has worked in food recovery for over a decade, says a massive amount of food products end up in landfill and water bodies because of cancelled orders by big businesses.

This sparked an idea to build a tech solution where big businesses, wholesalers, primary producers, manufacturers and any large food companies could sell food products at risk of going to waste for a discounted price to other businesses, including hotels and restaurants.

“We needed to offer business a different incentive to get visibility of that at-risk stock,” she says.

In a recent case, Barfield says a popular restaurant group had ordered 2.5 tonnes of Norwegian salmon for an event that was cancelled. Using Yume prevented the unwanted product from going to waste.

“We sold the entire 2.5 tonnes and at a significantly reduced rate,” Barfield says.

“That’s a classic example of what Yume is set up to do.”

The decision to raise capital

Barfield says she decided to raise capital so she could hire more people on the Yume team, including chief technology officer Paul Grimes who was an executive at Arcade.

With the goal of reducing the “3.9 million tonnes of food” that is wasted in Australia’s commercial sector each year, Barfield is keen to grow Yume fast.

“We needed to invest into people, which is BD [business development],” she says.

“I’ve chosen the strategy of building the business and then building the technology once we know what we want. We loaded up on … business development to go out and really test our business model.”

Reflecting on the fundraising process, Barfield says it’s critical that founders master the numbers and financial modelling of their ventures before meeting investors.

“Make sure you’re fit [not just physically but mentally],” she says.

“Know your [business] model inside and out. It needs to be really robust and tried and tested, and get people to test you on questions.”

She notes that investors won’t take lightly to poor responses to questions like this: “What month is your first breakthrough month and what level of revenue do you need to get to that month?”

Additionally, she says founders should be able to explain “to the dollar” how they plan to spend investor money and above all else, ensure they are strategically aligned with their investors.

“Two of our values at Yume are optimism and grit,” says Barfield.

“We come up against brick walls every single day and we bash through them.”