Leaving Muru-D at the end of 2016, Parker then set her sights on an ambitious project: a Sydney startup precinct called Lighthouse, which would providing space for local startups to grow and receive advice.

But earlier this year, Lighthouse revealed it would pivot away from this plan, and instead focus on education, in response to the launch of the New South Wales government’s Sydney Startup Hub, with Parker saying having two hubs “simply doesn’t stack up”.

Parker stepped away from the project — it was, she said, “a bitter pill to swallow” — but soon moved to head up startup co-working space and ecosystem mainstay Fishburners.

Now nearly six months on as Fishburners chief executive, Parker tells StartupSmart the power of serendipity has allowed her to continue her vision for Lighthouse at Fishburners.

“My goal for Lighthouse was to build a startup hub for Sydney, and now I get to do exactly that under a well-established brand. There’s a real serendipity of being able to fall into this role and still being able to deliver the strategy and vision I had for Lighthouse,” Parker says.

“Fishburners has always been, for me, an unsung hero of the Australian startup scene — so many successful companies have been through the doors that I had no idea about.

“There are diamonds and gold in these hills.”

“Patience and process” in scarce supply

Parker’s skill in driving large parts of Australia’s startup ecosystem was recognised last week at the annual Talent Unleashed awards, where she received the award for most progressive workplace leader.

Being a “progressive” leader comes naturally to Parker, but she says the reflection of those forward-thinking values in individual startup founders can vary from person to person, with each leader having their “own path to follow”.

Overall, the path to successful leadership is a difficult one with many considerations, she says, noting the juggling act many leaders have to pull off when managing a young team.

“Leaders need to get teams understanding taking risks is a great thing and something to be encouraged, but at the same time people can’t just go out and do 57 experiments every day,” Parker says.

“You want to encourage people to be the best they can be and help them reach their potential, while acknowledging they’re humans, not machines. You’ve got to make sure your team isn’t burning out while they try to achieve everything.

“It’s a difficult balance and there’s no right answer or one way to do things.”

“Patience and process” are the qualities Parker would like to see instilled in founders of early-stage startups, saying all too often she sees impatient founders try multiple ways to get jobs done without consideration for scalability, repeatability, and impact on team members.

Rigour and process are essential for startups despite the perception of startups as breaking and changing things, says Parker. Measuring staff against KPIs, being “brutally honest”, and holding them to account might not be second nature for many founders thrust into leadership roles, but they’re essential skills to learn, she says. 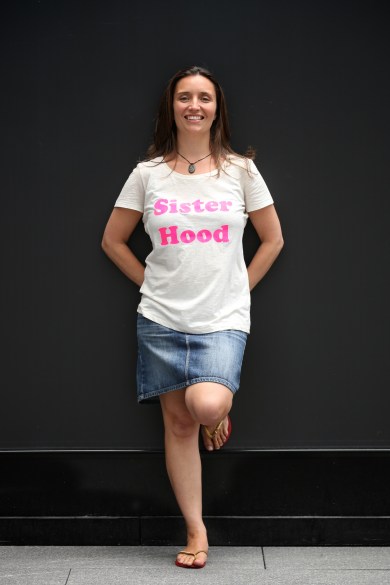 “If you are working through a process that needs to be done on a consistent basis, the process needs to be repeatable. The only way you can monitor it and make it repeatable is by putting strong processes in place.”

Process isn’t something to be ashamed of, despite the zeitgeist, says Parker. Strapping process closely to a strong level of patience will see founders go a long way towards becoming progressive leaders.

“If you want to work 23 hours a day, that’s your choice. You can’t force other people to do the same thing. Any startup founder will tell you it’s a marathon, not a sprint, so pace yourself.”

2017 a strong year for startups, marred by visa debate

As 2017 tapers off, two recent reports released by Startup Muster and StartupAus have shone a glowing light on Australia’s startups, imbuing leaders with a great deal of confidence — something Parker also reflects.

She says the year has seen huge growth, coupled with founders displaying deep ambitions and understandings.

“We’re not seeing people saying they’re just ‘building this app’ anymore. They’re talking about deeper tech and big problems to solve. It’s fantastic to see growth not just in terms of volume, but in terms of depth,” she says.

Parker is also seeing more skills in founders, and more opportunities to learn skills. When she first started Muru-D, there were only a few accelerators around, and now, there’s “so many more” co-working spaces, incubators, and accelerators, some of which are backed by larger Aussie companies.

She’d like to see those skills instilled earlier, however, calling on educators to implement more experiential education in their institutions, or “practical smarts”, as she calls them.

“You don’t learn to drive a car by reading a textbook. You learn to drive with your hands on the wheel, and someone next to you telling you you’re about to hit a brick wall,” she says.

Parker calls the government’s proposed changes to the 457 visa system “one of the most colossal missed opportunities ever”, and reinforces what others in the startup space have told StartupSmart over the year: it’s less about the changes and more about the message it sends.

“By making it harder to get a 457 visa, it tells international talent ‘we don’t want you here’, and I firmly believe that’s not the message we want to send. We all know we don’t have a big enough talent pool to carry on our growth, and there are plenty of founders out there who would love the opportunity to work in beautiful places like Australia,” she says.

“It’s one of the biggest ‘shoot yourself in the foot’ moments I’ve seen.”

Focus on diversity, inclusion, and sexual harassment here to stay

Looking towards 2018, Parker says there’s a number of areas she’ll be putting in focus to try and instigate change in the ecosystem, with a primary focus on mental health and diversity.

She says 2017 saw a huge “course correction” for many industries around diversity, inclusion, and addressing sexual harassment, and she remarks that the focus on those areas isn’t going away.

“We need a lot more structure to how we advise the whole ecosystem around what’s appropriate, and the right way to set up your company internally for success,” Parker says.

“You can talk about the best way to raise funding for years, but it’s time for a bigger emphasis on general mental health and founder mental health.”

“I’ll be looking much more at the issues of diversity and inclusion. It’s not going to be an easy task, but it’s something I’m certainly passionate about making sure we improve.”