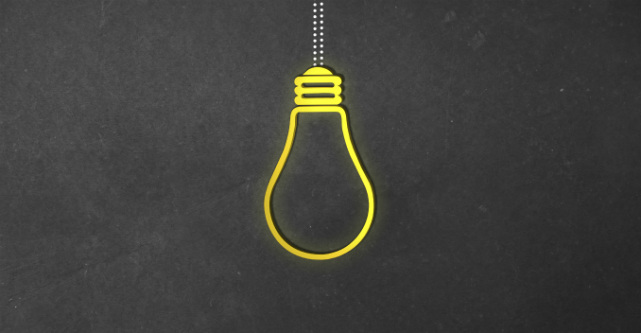 Some people have the knack of seeing and thinking about things in new and interesting ways. They are lateral thinkers who not only think outside the square but ask why the square is there in the first place. It’s a quality that is one of the cornerstones of innovative thinking.

The exponential growth of tech-related industries in the past decade has been fuelled by innovation and disruption. Entrepreneurs and business leaders have had to grapple with a new set of powerful tools and ideas in order to refashion their industries.

Those that have succeeded are the ones who have not been afraid to make mistakes along the way or experiment with unconventional ideas.

The rise of disruptors and startups has in part been facilitated by this climate of experimentation. It’s human nature that those with least to lose are often the ones most willing to throw caution to the wind and back their instincts, whereas industry incumbents will spend their time and resources looking for ways to defend their territory and fight off the hungry upstarts snapping at their heels.

Here are five business leaders who have thought creatively about their businesses and industries and produced some remarkable results in terms of innovation.

“Part of being an entrepreneur is going to places that go against what the conventional wisdom might say. And when you win, well, you’ve won, right?”

Kalanick is the chief executive and co-founder of Uber, the transport startup that has been valued at an astonishing $US62.5 billion ($83.5 billion). Kalanick and Uber have their critics – from regulators and bureaucrats through to taxi drivers and transport companies – but Uber does truly feel like an idea whose time has come.

Kalanick thought differently about the equation of transportation when it came to what passengers wanted and what vehicle owners could provide. This upturning of conventional wisdom has all but decimated the taxi industry in the US and the rest of the world looks ripe for an Uber revolution too.

“You know, I think it’s just been curiosity. I like to win. You know, I like to do—be involved in interesting things. I mean, I’ve always been fascinated with business. And, you know, calculating machines intrigued me from a very early age.

My dad had this adding machine … it would make a lot of noise and it was kind of fascinating to me that this thing was adding up numbers.”

Curiosity is a quality we all have as children but unfortunately it is one many of us lose as we get older. Michael Dell has been in the computer industry since 1984, when he launched his company Dell as one of the first wave of PC makers.

He’s still in the game and bought back his company in a management buyout in 2013. The company is now making big waves in new tech areas like cloud and software services.

“Only while sleeping one makes no mistakes. Making mistakes is the privilege of the active – of those who can correct their mistakes and put them right.

Our objectives require us to constantly practise making decisions and taking responsibility, to constantly overcome our fear of making mistakes.

The fear of making mistakes is the root of bureaucracy and the enemy of development.”

The founder of the iconic Swedish furniture store Ikea is known for his unique take on management. Kamprad, now 89, is an odd combination of down-to-earth practicality and visionary zeal. His singular vision has enabled Ikea to become one of the most innovative companies in the world.

“That idea that you can combine fields and really leapfrog in advances has been something we try to repeat over and over again by bringing in diverse teams with diverse perspectives and experiences.”

You might not have heard of Sangeeta Bhatia yet, but the 46-year-old biomedical and mechanical engineer, physician, professor, inventor and entrepreneur is regarded as one of the most creative minds in the booming field of biotech and nanotechnology. Her multidisciplinary approach is a great example of the benefits that can be gained from understanding and combining different areas of knowledge.

“We have the good fortune of a large, inventive team and a patient, pioneering, customer-obsessed culture – great innovations, large and small, are happening everyday on behalf of customers, and at all levels throughout the company.

This decentralised distribution of invention throughout the company – not limited to the company’s senior leaders – is the only way to get robust, high-throughput innovation. What we’re doing is challenging and fun – we get to work in the future.”

Jeff Bezos transformed Amazon from being an online book and music retailer into an empire that is now involved in areas as diverse as cloud services and drone distribution systems. He recognises that innovation is not just the doing of one brilliant mind; when people are given the opportunity to work constructively and creatively together, great things can happen. It goes against our bias against ‘groupthink’ mediocrity and ‘design by committee’ thinking to show that, in the right environment, teams can produce innovative results.

Fi Bendall is CEO of The Bendalls Group, a business that leads STRATEGY : ADVOCACY : MOBILE delivering the business acumen to drive effective positive results in a disruptive economy for the C-suite. Fi has recently won a Westpac/AFR 2015 100 Women of Influence award. See more at: http://www.bendalls.com.au/.