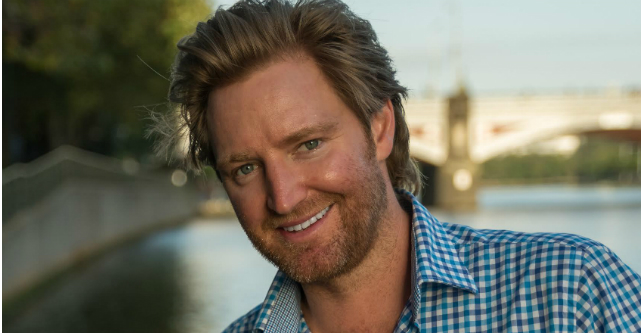 “Everyone I’ve been successful in doing business with, I’ve worked with in the past,” says entrepreneur Ben Voltz.

Eight years ago, Voltz and co-founder Justin Viles started building a small digital marketing platform at Viles’ home in Sydney. Back then the business was known as Rocklive.

Today, that company is ROKT, and under the leadership of chief executive Bruce Buchanan, who previously headed up Jetstar, it has grown to a team of nearly 100 with offices in Australia and New Zealand, the US, UK and Asia.

It has also just raised $19.4 million ($US15 million) in a Series B round, which follows an $US8.5 million funding round led by Squarepeg, Paul Bassett, Lachlan Murdoch and James Packer four years ago.

Voltz continues to sit on ROKT’s board as a director and is now leading a an investment network for startups called Voltzcorp. He told StartupSmart keeping relationships warm and networking have been critical to his entrepreneurial career.

“Always be smiling and in a spot where you’re open to conversation,” he says.

The journey from home office to multimillion-dollar global organisation is a roadmap many startups aspire to. Reflecting on his experience, Voltz shares four more crucial lessons for ambitious entrepreneurs.

When ROKT grew to about 20 to 30 people, Voltz says he and Viles realised they lacked the “know-how” to take operations to the next level, and so they sought help.

“The best thing we did was bring in Jetstar’s [chief executive] Bruce,” says Voltz.

“Bruce had experience that was going to enable us … we looked at him as being human power.”

Voltz believes founders should think twice before raising capital early on in their business’ journey because it can take away a great deal of time that could be used for developing the business instead.

“In the first three years, up to 50 percent of our time was spent on trying to raise capital,” says Voltz.

“At the start, we bootstrapped but ultimately, that can only get you so far.

“Our biggest milestone was then not being greedy in the capital we acquired.”

3. Let go of equity for the right investor

Too often, Voltz says, founders get an opportunity to work with a great investor but shy away from fear of losing net wealth if they give away too much equity.

“I’ve seen too many of these entrepreneurs go out [to meet investors] and not give equity away… ultimately, you’re freezing up your ability to move forward with great people,” he says.

“A small piece of larger pie is much more valuable than a large piece of a small pie.”

4. Get the foundation right

When Voltz and Viles first began working on the company, an initial investment of under $100,000 was spent on web development and tech deployment.

“We got on so well with our web developers that we rolled them into our company,” Voltz says.

“It’s all about relationships.”

Fostering strong relationships and building a “family” in your startup can make for a great culture to grow on, says Voltz.

Equally important is creating a team of diverse skills and abilities. This includes having both talent in tech and sales.

“Even if you’ve got a whole lot of great tech, [you] might as well not have the tech at all if you have no one to sell it.