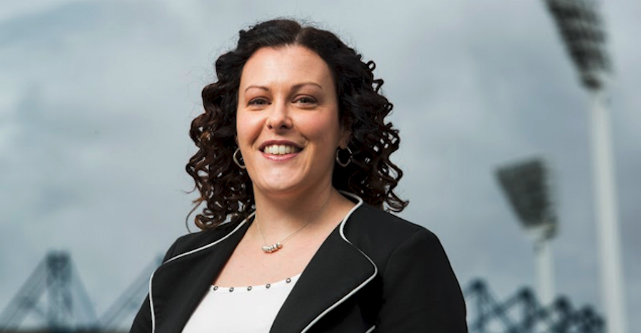 Before Caroline Woodhouse became a successful entrepreneur and startup founder, before she was recognised by Telstra’s Business Women’s Awards, she didn’t really know much about tech.

“When I initially founded Where4Events I was actually not tech-savvy at all,” Woodhouse tells StartupSmart.

“I learnt a lot about the tech and online industry on the job, and I made it a mission to upskill myself in certain areas to ensure that I was capable and qualified to manage and lead a successful tech company.”

After growing up in show business and touring the world with artists, Woodhouse decided to launch Where4Events, an aggregator site that now streamlines over 80,000 events from ticketing systems like Ticketmaster and Oztix.

She is also on the brink of launching a vehicle dispatch app Oiii as managing director of NetCABS.

“It just goes to show that you don’t have to be a tech engineer or coder to succeed in the tech industry, you just have to start somewhere and follow a passion,” she says.

She says she has learnt five key lessons in her startup journey as a female entrepreneur.

1. You have to work twice as hard

Today’s tech industry is a man’s world and women have to go the extra mile to be taken seriously, Woodhouse says.

“As a female tech CEO, I believe women need to work nearly twice as hard to get noticed than a male in the same role,” she says.

“Some of the developers I approached with my app concept were wary of working with me.”

While this is disappointing, she says the only way things will change is by more women entering the field.

“For now, we have to persist and get on with the job,” Woodhouse says.

2. The right mentors are key

When Woodhouse started out, Woodhouse didn’t know anyone in the tech industry so she reached out to though leaders through social media, seeking mentoring and support.

“I decided to approach CEOs and managing directors through LinkedIn and set up some meetings to ask for advice,” she says.

Many of these people are now her friends and mentors.

“I wouldn’t be where I am today without making those approaches to ask for guidance,” she says.

“Asking for help is certainly not a sign of weakness – in fact it is one of the keys to succeeding in business.”

3. Go straight to the top

When running into issues with purchasing web domains or securing Twitter handles, Woodhouse would skip the support team and escalate her request to the head of an organisation.

By contacting a CEO or managing director through LinkedIn she could ensure her requests did not go unanswered.

“I cannot tell you how many times I have managed to achieve the impossible by going straight to the top,” Woodhouse says.

Woodhouse says it’s crucial to invest in a specialist lawyer to protect your idea and establish the necessary frameworks to secure your growth.

“At a minimum you need to make sure you own your IP, source code, business and domain names, and any associated trademarks,” she says.

“Many developers will try to package these up under their ownership, which can prove disastrous if you ever part ways or need access to source files.”

To ensure the founder owns IP in any IT venture, Woodhouse recommends getting a Master Services Agreement and Sub Process Agreements within this.

5. Be prepared for setbacks

Working in the tech world is challenging and Woodhouse says she has had to deal with poor quality work by developers, IP ownership challenges and expensive legal battles very early on in her business journey.

“To survive in this industry you have to grind your teeth, take stock, learn from your mistakes, seek out advice, work hard and overcome your challenges – because in the end, persistence pays off and then it’s all worth it.”