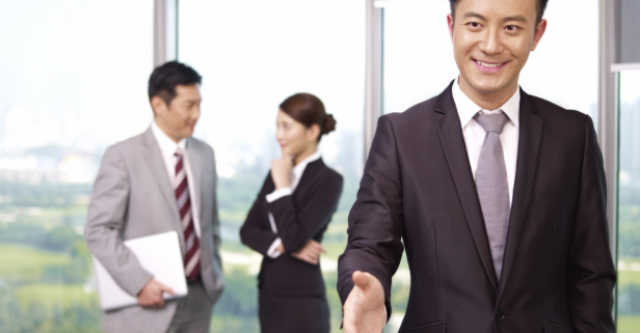 With the New Year well and truly upon us, expansion plans for 2017 may be on the minds of many startup founders.

But growth requires funding, and funding requires convincing someone to hand over their hard-earned capital. Even an idea that puts Facebook to shame won’t attract funding if its commercialisation can’t be explained in a simple, compelling, and realistic manner.

And the reality is that your average angel investor probably receives hundreds of startup pitches every single year. These are often from hopeful entrepreneurs who have interesting ideas with at least some commercial potential.

But all too often, these ideas get lost in the crowd of pitches because the founder hasn’t taken any steps towards making his or her pitch “investor ready”.

Below are some simple steps any founder can take to avoid this fate, and have their pitch stand out from the crowd in 2017.

Every good marketer will tell you that your target list of prospects is just as important as the quality of your product offering. Because if you’re telling the right story but to the wrong audience, your chances of success will always be limited.

Begin by creating a targeted list of investors who understand your industry and product. These investors will be far better able to see the value you can bring to the table than someone who can’t even pronounce what you do.

Once you’ve done that then also try to understand what is important to these investors, so you can tailor your pitch.

Depending on the level of sophistication of the investors you pitch to, they may even tell you exactly what they want to know and in what format!

2. Scream your story from the mountain top

It took music streaming service Pandora 300 unsuccessful pitches before its founder, Tim Westergreen, eventually found someone to invest in his idea.

So while a targeted list is important, it may also be necessary to cast a wider net if success isn’t immediate. Reach out to angel investors and groups, build relationships at networking events, and leverage the power of word of mouth to get your story out there.

Also, take a moment to seek advice from other entrepreneurs who have successfully raised capital. You never know whose interest may be piqued, and what doors may open as a result.

3. Add the “sizzle” factor to your pitch deck

So you know who to reach out to – but do you know what to say once you have their attention?

A marketing mantra many swear by is to sell the “sizzle” not the “steak”. Investors are people too, and can be impressed, influenced, and persuaded if they are sold a whole experience around your offering instead of just presenting them with the straight facts.

Every angel investor and VC probably sees upwards of hundreds of sales decks every single year. What they most likely don’t see hundreds of are compelling sales decks that catch their attention and inspire emotion.

So never underestimate the value of working with a professional salesperson or communicator to ensure the language, imagery, and storyline in your pitch deck creates that all important sizzle and gets some emotion flowing.

4. Ensure your “steak” is clear and realistic

While focusing on sizzle, the steak must also not be forgotten.

Even the most emotionally-charged investor will still need some solid figures to justify injecting capital. And when it comes to these figures, potential investors can smell BS from a kilometre away.

Be ready to stand behind your calculations, and explain how you justify any estimates using industry comparisons, market reports and consumer spending patterns.

While this is most vital for pre-revenue startups looking to launch, slipping up on the numbers at any stage of your business is sure to have potential investors suddenly feeling very nervous about you.

Get deeply across the data and the key metrics for your industry, and be prepared to describe the traction you have and your plan to achieve more – in simple language.

More than your actual idea, there is one thing investors most want to believe in – you, the founder.

This is because a large proportion of successful startups are now miles away from where they were originally pitched.

Twitter began as a podcast directory, Pinterest was a mobile shopping app, and Android was originally pitched as an operating system for cameras.

Because it sometimes takes a strategic pivot to find success, investors are often far more interested in the person driving the startup than its actual offering.

They want evidence of your personality, confidence, intelligence, and people skills. They want to see robustness in the face of adversity, and an ability to create excitement and buy-in to your offering and vision.

So if you’re stumbling through a presentation you’ve barely practiced and can’t easily answer questions about, it won’t matter how great your idea is, because you won’t be allowing yourself to shine.

Take advantage of community pitch events to hone your style in a pressured public forum.

Remember, as Winston Churchill once said, “Success is going from failure to failure without losing your enthusiasm”.

This must be your approach when capital raising. Learn and grow from every step of the journey toward your capital raising goal, whether it be backwards, forwards, or sideways.

It may be as old and cheesy as sayings can possibly go, but failing to prepare means preparing to fail.

Avoid that mistake in 2017, and you could be on your way to serious growth before you know it.

Vivian Stewart is a co-founder and committee member of Sydney Angels.

I think being aware of the ways to save money but still make your business as efficient as possible will do your business good! We recently enlisted the help of a company called Ivanti whose professional services have really helped us out https://www.ivanti.com.au/services/professional-services