Five ways to recruit top tech talent for your startup 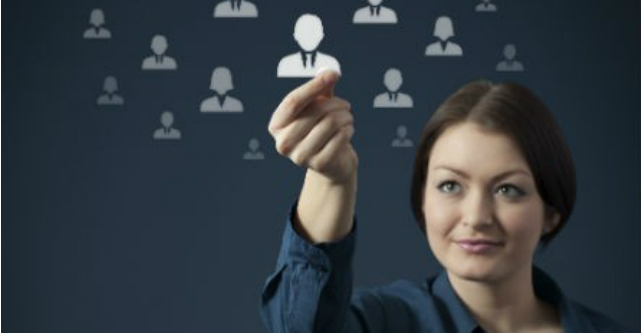 The tides are turning in Australia when it comes to the tech industry.

This year, Facebook announced its plans to open an office in Melbourne, following in the footsteps of a number of international tech companies who have made the Victorian capital their new home.

LinkedIn, Interactive Data, Slack and IT crowds such as Zendesk and Shine Technologies have all moved to the world’s most liveable city.

It’s a similar story in Sydney with Amazon, Apple, Expedia and Dropbox recently taking out leases for office space and this month the announcement that UrbanGrowth NSW is talking to Google about tenancy in Sydney’s White Bay Power Station site.

The arrival of so many tech titans is a strong endorsement for just how far the local sector has come. And, for young developers and technologists, the future of high-tech jobs in this country has never looked so bright.

But with demand for talent already outstripping supply amongst Australia’s burgeoning startup and established business network, how will the arrival of these new players and their capacity to invest in people, impact home-grown companies and their possible win in the war for talent?

It’s widely recognised that in today’s hyper-digitised world, every company, no matter its size, needs quality technologists to operate and grow.

Key findings in the 2016 CIO Gartner research paper demonstrated that the top challenge for CIOs is recruiting the right people with the right skills.

Furthermore, from the conversations senior Nitro executives have had with CIOs from around the globe, it’s clear that fewer resources and limited access to top ICT skills, require startups to squeeze every ounce out of the existing talent pool.

But how can you attract top talent in the face of renowned, deep-pocketed competition?

The first thing to remember is that it’s not all about offering massive salaries and plentiful perks.

Here are five quick tips to give you an edge on the hunt for top IT talent.

1. Sell your meaning and purpose

Over the past decade, many reports have touted millennials (the generation which, as a cohort, now make up the largest component of the workforce) as being narcissistic, flaky, and disloyal.

According to research published this month by recruitment firm Greythorn, the number of candidates actively looking for a new role within the IT jobs market has sharply decreased over the last couple of years, from 43% in 2014 to 28% in 2016.

Not only does this demonstrate loyalty, but it suggests candidates are waiting for new opportunities to arise rather than actively pursuing them.

Recent studies indicate that millennials pursue careers with organisations that instil a sense of purpose, provide growth opportunities, and show clear evidence of their impact – values that employees of all age appreciate.

When meeting with prospective employees, drive home your company’s mission and vision.

Emphasise the tangible impact that they, as an IT specialist, can have on the success of the organisation.

These qualities are, after all, much tougher to accomplish in a larger, less nimble organisation.

2. Turn your team into a training machine

Junior IT staff often need extensive on-the-job training to become marketable, so why not open up and share your expertise with them!

Developing an internship program is one great way to create a quality pipeline of dedicated, well-trained IT staff for your business.

By the time the newbies blossom into IT pros, who are marketable enough to be hired away by other companies, they’ll have built loyalty to your cause and your company.

Alternatively, consider recruiting people from the other end of the age spectrum.

They may not have studied the latest technologies at university, but they’ll have experience in spades and every great IT pro loves to learn.

And once they do, they’ll be committed, loyal employees who can provide great mentorship to incoming younger IT talent.

3. Make IT team members and your executives the face of your recruiting

When IT candidates are recruited by Google, Facebook, and other tech giants, they face a labyrinth of recruiters before getting any time with potential colleagues or members of the leadership team.

Having members of your IT team reach out to candidates and making your executives available to meet them during the recruitment process is a huge differentiator, and something they’re definitely not getting from the big guys.

You – and your company – will stand out as more personal and relatable.

IT employees are committed to their career trajectories, that’s no secret.

In the recently released Greythorn report, some of the main reasons why staff in the IT industry left their jobs were a lack of career development opportunities and a shortage of interesting and challenging work.

At a larger company where roles tend to be more defined, the chances staff have to wear many hats, work with multiple teams, and get face time with senior leadership are slim.

Communicate how, at your company, the world could be their oyster.

Make career development a standard part of your team’s culture and expectations, and highlight this program during the recruitment process.

If a talented IT candidate can see a clear path to career advancement at your company, they’ll trade the perks and pay for faster career growth.

5. Speed up the hiring process

It’s a simple matter of logistics – the first offer received is the one most likely accepted.

How can you make this often bureaucratic process more efficient? Lean on technology here.

When you can fast-track your recruitment process, it shows the candidate that you value them and are willing to go the extra mile.