Four Aussie startups tell how they beat the ‘trough of sorrow’ 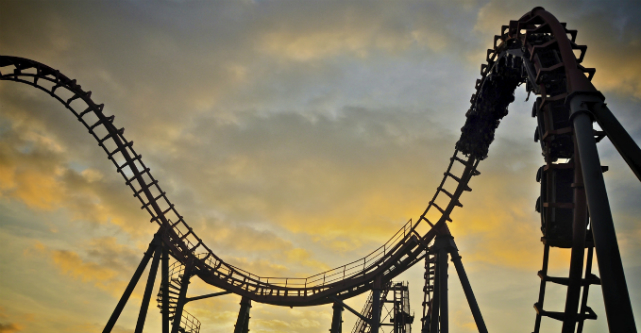 Sometimes when you’re launching and running a startup it feels like nothing goes right, Canva co-founder Melanie Perkins says.

It’s a position echoed by a number of Australian startup founders. Founding a startup is hard. StartupSmart contacted a number of startups to ask them about their ‘trough of sorrow’ moment (Yes, we’ve been listening to the StartUp Podcast and you should too). That hour, day, week, or in some cases longer, where they felt like they couldn’t go on, or as Perkins points out, nothing was going right.

You’ve got to be persistent: Canva co-founder Melanie Perkins

“To run a startup, you have to be incredibly persistent. When someone doesn’t want to join your team or invest in you, you have two choices: either give up, or try a different technique or tactic. After spending months building the basic building blocks of Canva, we thought it was ready to launch and did some user testing to see how people would actually use it.

“It was extremely insightful. Users were scared to click much and when they did they wandered around aimlessly, struggled with a few things, created something that looked pretty average and then left feeling dejected. Not quite the fun journey we were hoping for users to experience.

“It became quickly apparent that it was not just the tools themselves that were preventing people from creating designs, but also people’s own belief that they can’t design. So we went back to the drawing board and looked at the way we were on-boarding users. We didn’t just need to create an easy-to-use graphic design program; we needed to empower people who weren’t graphic designers to believe they could design.

“After persisting we finally got it right. People who signed up loved the platform, and were likely to share it with their friends and co-workers. That’s when we knew it was ready to launch.”

It seems like everyone else is winning, and you’re not: YourGrocer co-founder Morgan Ranieri

“To be honest, my ‘trough of sorrow’ is actually more of a reoccurring thing than a once-off. Until recently I’ve never really taken the concept of mental health seriously, but I’m slowly learning that anxiety and mild depression are, at least for me, always around the corner.

“I think the startup journey is rightly called a roller coaster in that there are big highs and big lows. You never go from win to win although it seems like everyone else is always winning. When you’re doing harder than usual stuff like fundraising and hiring, the roller coaster just goes faster and can literally make you feel like throwing up.

“I find if I’m level-headed in celebrating our successes I can teach my emotions to be more stable and therefore less intense when things inevitably hit the fan. I’m sometimes teased for being the least excited person on our team when things go well, but I find it’s a real key for me.

“The other main strategy that helps me is having support from others. My partner, my co-founders and other founders in the community are all pretty close to the action and generally are always going through similar issues. Sometimes it just helps to hear that other people are struggling with the same things that are keeping me up at night. Knowing that you’re not alone is pretty important. The worst thing you can do is try to plough through, work harder and longer hours thinking that it’ll all be OK as soon as you reach X milestone.”

“Quite early on in our journey we lost our lead developer, one half of our development team at the time, which was a big setback as we had a few critical projects that needed to be delivered within the following few months. While it was a really tough spot to be put into, it was also a great opportunity to sit back, discuss and really understand what our goals were and how we were going to get there together.

“As a result we focused much more on building a great workplace with a culture that would be easily adopted, as well as contributed to by every new person who joined the team. This then enabled us to bring new skills into the team, re-architect our entire technology stack, revitalise the platform and our branding, which resulted in us growing the business by more than 7x within the year.”

“We hit our trough of sorrow a year into releasing TripleBackup. It had a lot of positives. It had clients, resellers and revenue. We had organic growth and did not seek financing. The mistake we made was that two thirds of these (clients) globally bought their disaster recovery solutions from IT resellers who wanted to sell businesses a box for their on-premise DR because they made much more money selling a box than software. When we tried to sell to the SME segment with our affordably priced solution, the cost to acquire became an issue.

“So we set out to get white-labelled into the solutions of two large global storage companies where we had a fit. One was very excited about what we had and started discussing an OEM deal with us. Their development team had spent the past 18 months trying to create exactly what we had and had failed. A month later they released a press release stating they were pulling out of the SME backup market globally. Double the despair!

“We pivoted, scaled it for enterprise and released our new offering StorReduce, which is in OEM trials with a global company and is doing really well. We found when we talked about our failure and pivot a number of successful founders told us they “loved our pivot”, surprisingly it wasn’t something to be ashamed of.”