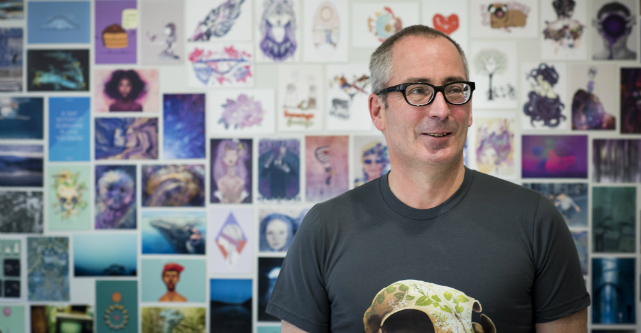 After founding the online marketplace for creatives in 2006, Martin Hosking has transformed Redbubble into a giant of the Australian startup sector worth nearly $300 million.

During an AMA run by Blackbird Ventures, Hosking described how he made it through the renowned Valley of Death and why having a purpose will help you through the tough times.

“Any startup is brutally hard and risky,” Hosking says.

“You should only undertake it when the mission is truly motivating to you or you simply won’t overcome the obstacles along the way.

“The mission will provide you with the rays of sunshine you need when things are tough and provide a guiding light through the many decisions.”

Believing in the Redbubble mission is crucial for any potential new team members, Hosking says.

“No senior executive has ever joined Redbubble without the mission being their most important reason for being here,” he says.

“Without this passion you cannot get the stability and commitment needed to ‘bend reality’ in the way any successful venture must.”

The prominent Aussie founder dished out a number of useful lessons and pieces of advice for founders and budding entrepreneurs during the Q&A sessions.

According to Hosking, entrepreneurship is the “ultimate team sport”.

“You may be an inventor but you are not a company builder because this can only be done with others. No entrepreneur can be better than the team they are working with.

“If they simple recognise this from the get-go they will take team building as their most important priority.”

2. Don’t be afraid to seek guidance

No startup runs as well as it seems from the outside, and founders need to surround themselves with experienced mentors in order to succeed, Hosking says.

“Most startups look a lot smoother form the outside than the insider reality,” he says.

“Every stage of the journey is both going to be a challenge and open up new opportunities. Possibly for the smaller startup, with less experienced founders, the journey will involve a lot more learning and in this instance I think it is important to get good advisors on board and around you.

“Fortunately in Australia we now have more people who are prepared to help and have the experience – so draw on these networks, both formal and informal, and never be afraid to ask questions or for help.

“Starting a company is all about calling in a lot of favours, asking for favours and a lot of pleading.”

The best founders are those that are solving a real problem that they themselves have faced, Hosking says.

“Have absolute clarity on a real customer problem,” he says.

“No startup can get traction if it is not solving a problem that actually exists. You cannot manufacture a problem you can only identify with. I see too many startups that try to solve problems that are not real or big enough.

“Being your own customer is often really important. If you are not eating the hamburgers you make you will never really know how to cook them.”

The reason many early-stage startups struggle is because they don’t get the right fit when hiring, he says.

“Some recruit ‘too low’ and just take whoever they can get,” Hosking says.

“The result is the team just simply is not able to execute on the task. The answer to this is to go back and deeply think about what it would take to get the people with the right capabilities. It is important to realise that this does not mean recruiting very senior executives, so often young, capable but less rounded or proven people are all you need and maybe better for the job.

“So keeping an open mind and recruiting for raw talent is critical.”

Founders also need to be wary of recruiting “too high”.

“This is less common in Australia but you see some over-funded startups putting in place executives or board members that are not hands-on enough or simply create more work than they produce,” Hosking says.

“I am very wary of startups in the early-stage with ‘celebrity’ boards – no ex-politicians please.”