Australian product design startup Orbitkey has launched its fourth Kickstarter campaign in four years, having raised over $1.5 million on the platform while continuing to eschew traditional funding methods.

Orbitkey launched in 2013 with its flagship product — a simplified keyring aimed to make carrying multiple keys easier, more compact and less damaging on the other contents of your pocket.

The company’s first crowdfunding campaign launched on the first day Kickstarter was available in Australia in late 2013, and raised more than $200,000 in 30 days from nearly 5000 backers.

Since then, founders Rex Kuo and Charles Ng have launched a new campaign every year with newly improved Orbitkeys, and are continuing the trend in 2017, with three totally new products set to launch via Kickstarter on November 14.

Speaking to StartupSmart, Kuo says the team first looked to Kickstarter after completing months of development and testing for their concept, and realising they needed a platform to both showcase the product and let people know about it too.

“We didn’t really have a way to get the product out there at the time, but we realised Kickstarter was a platform we could use for that,” he says.

Three campaigns on, Kuo says the reason for sticking with the crowdfunding platform has changed, with the company finding great value in its 20,000-strong community of backers, which Kuo likens to a “continual focus group”.

Kuo views the community of backers as an extension to the Orbitkey team and says having access to a community of passionate fans is a boon for products still in the development stage.

“When we launch our new products, because we haven’t actually made them yet, we’re still flexible in what we’re making, so we can ask out backers about colour selections and things like that,” he says.

“It’s a really good opportunity to test what we’re thinking about making without actually making it first.”

Orbitkey has so far been entirely funded through Kickstarter campaigns, and Kuo says he can’t see that changing anytime soon; the company is reluctant to take on any external investment and instead prefers the freedom granted through crowdfunding. The company is looking to raise $25,000 for its latest campaign.

The company doesn’t want to be put in a position where it’s making products for the sake of making them at the behest of an investor, says Kuo, who adds: “we’re not going to make a wallet just because we should”.

“No external investors frees us up to take certain directions. We’re not making it just to sell something and get money, we want our products to solve problems,” he says.

Last year’s Kickstarter campaign raised $1 million for Orbitkey, yet that only accounted for around a third of the company’s sales, says Kuo, noting the business doesn’t rely on its crowdfunding campaigns for the majority of its sales. Most of the campaign funds go into production and marketing, with Kickstarter taking around 10% in a cut and credit card fees. 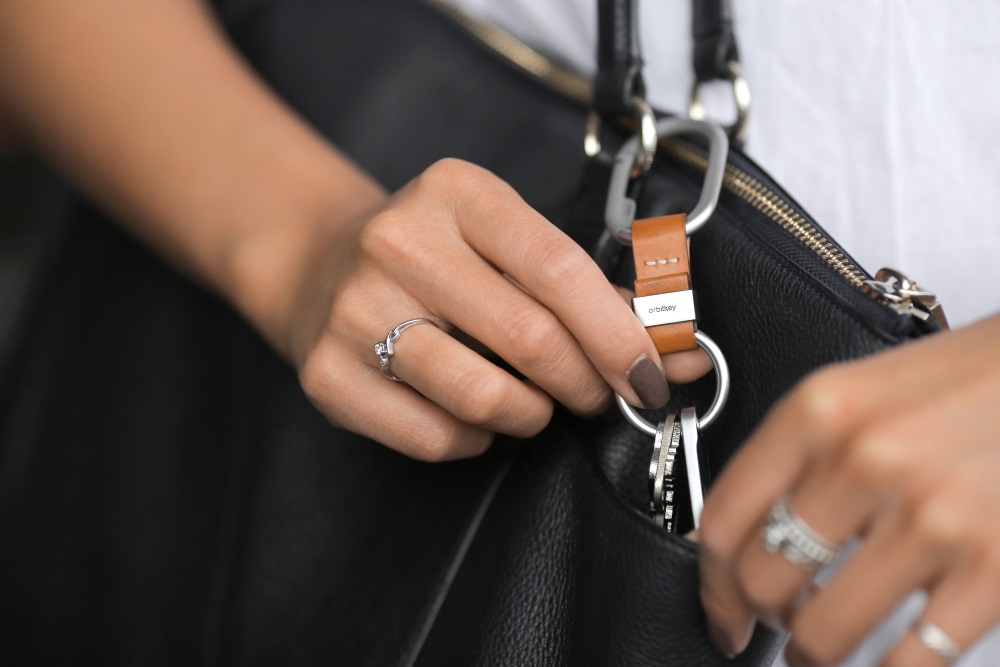 Orbitkeys are sold online and through various retailers in distribution deals, which Kuo says were significantly easier to land after the team had a successful campaign under its belt.

“Our first campaign 100% helped with our distribution deals. People see the product and they contact you and ask if they can distribute it, and we just followed up after the campaign finished,” he says.

For other early stage companies considering Kickstarter campaigns, Kuo says the most important thing to consider is what you provide your backers. Campaigns should never be “donation” based, he says.

“Structure your rewards so there’s a valuable incentive for customers to back you — offer something of value in return rather than just asking them to donate to your project,” he says.

“If you’re creating a great product, make sure it’s not already out there. Find something a bit different, offer some kind of value, or solve an existing problem.”

Once a tangible reward has been worked out, Kuo says the next thing to do is present it well on the platform, with a well-designed video is the “number one asset” for a campaign. But, Kuo warns, the campaign alone won’t fetch you backers. Significant promotion is also needed.

“Even if you have a great product and team, it won’t mean your campaign gets seen. Focus on the marketing side of things through social media before the actual launch, get people excited,” he says.

“Be aware of your costs too. For our first campaign we struggled a bit in terms of logistics, and even though we raised over $200,000, so much of that went towards the shipping costs.

“Do as much research as you can in terms of production and logistics costs.”