Four ways to build yourself a powerful network of mentors 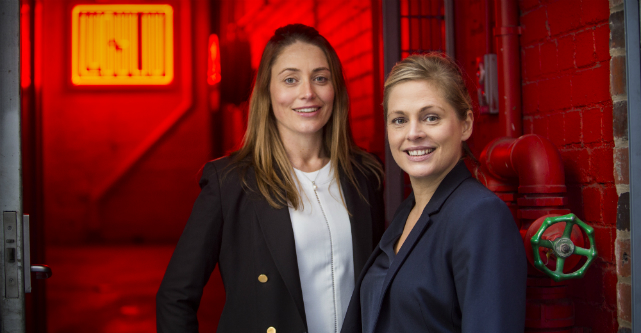 When speaking with business owners, there’s one topic that never fails to get people fired up: how much help they had when starting their business.

Opinions on mentoring and what it means are fiercely held and regularly contested.

So in Australia’s SME landscape, how are business owners actually seeking out the advice they need?

Read more: Should you pay for a mentor? The mentors who charge millions

Some entrepreneurs say they haven’t been able to secure mentorship because the kinds of people they’d like advice from– often people in similar circumstances but further along their career paths – simply don’t seem to be available.

This is something female business owners have been telling SmartCompany on a weekly basis.

Several business founders say they’ve never had a female mentor despite now running projects that champion that cause.

But what constitutes a useful mentorship or knowledge sharing arrangement, and how do SME owners secure one?

One way to get better acquainted with people who can help your business flourish is to widen the net as far as possible, which is where industry and cross-sector professional networks come in.

In industries like hospitality, where the Females in Food network launched last month, this involves a paid membership model where those in need of professional feedback and guidance can draw on others who’ve done it all before.

“I don’t think women in the industry are very good at saying yes and being seen,” Females in Food founder Chelsea Ford told SmartCompany last month.

The appeal of professional organisations or short bursts or cross-sector professional development, like the Vital Voices program run with Bank of America, is the transfer of business knowledge without getting bogged down in the details of the business that aren’t helpful.

It brings, it seems, a kind of perspective.

“The biggest thing is the people that the mentor introduces you to – then that expertise that happens much more quickly,” Aden + Anais founder Raegan Moya-Jones says of her involvement in this kind of mentoring.

What about when you can find plenty of people to help you grow, but there are key questions about your industry that need answering?

Group programs a more collaborative way to get across key situations and contexts that are important in your work.

The Australian services sector has its own “self mentoring” program where members of the industry can meet up to discuss particular topics, like “Speed dating through free trade agreements”, with an expert to guide the discussion.

Whether you want to speed date your way through key economic policy or not, the reality is that many SME owners need assistance getting across global contexts, says Australian Services Roundtable chief executive Alina Bain.

“They see this stuff in the news all the time – what we need to do is make that relevant to them,” Bain says.

Across a sector, these types of programs can also highlight what other professionals can teach you about running your business, even if they’re not in exactly the same game.

The self-mentoring program brings together people in areas like financial services, IT and transport.

“There are so many things that these [service sector members] have in common – growing their workforce, maintaining qualified staff, bringing together a team,” Bain says.

Some professionals who have spent time in the world of big corporates have a hunch as to why businesses fail to deliver professional development programs for themselves and their employees: time.

“Millennials are going to make up 50% of the workforce in five years,” says Mentorloop founder Heidi Holmes, and because of the rapid pace of IT, “knowledge isn’t sitting in a hierarchy anymore”.

Holmes exited the corporate world and started her first business in 2011, but found the startup world can actually be quite lonely for first time entrepreneurs.

On top of that, larger organisations seemed to be hassled by the paperwork involved in actually matching candidates to help each other develop professionally.

Holmes’ business Mentorloop aims to take away the paperwork and do the admin of matching and tracking candidates – and while this works for formal mentor programs, they don’t have to be time and contact intensive to be useful.

“It could be that you have a regular call, but you might have these other people that you just connect with every few months,” Holmes says.

Instead, the focus is on building up a few points of contact for advice and assistance along the line.

“It’s space for those five quality connections that can change your career or your life going forward,” she says.

This is a particularly divisive approach because not all entrepreneurs feel comfortable doing it – but rather than jumping into a company-wide project or professional network, several entrepreneurs have told SmartCompany they found their most helpful supporters by accident – or just by asking for help.

Pritchett’s a big believer in picking up the phone, and when he’s sought out the advice of a business owner he doesn’t know, “nine times out of ten, the response has been ‘call me any time you need’,” he says.

Raegan Moya-Jones now champions structured professional development programs, but when building up her children’s clothing retail brand, she never had any formal mentor relationships – rather, she came across people naturally in the course of building up her multimillion-dollar business.

“I had people I came across who were instrumental in becoming a better leader,” she told SmartCompany last month.

“But in the classic sense, I didn’t really have any [mentors].”