Don’t get caught up in the crypto bubble, Freelancer’s Matt Barrie warns startups 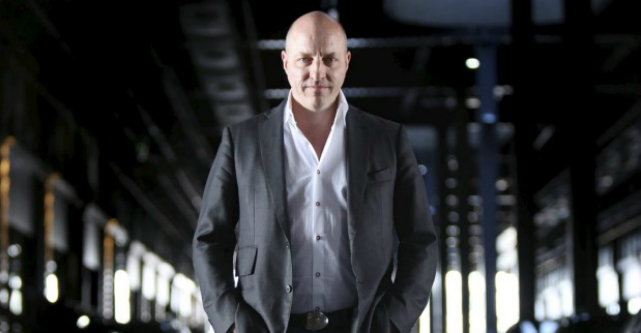 Matt Barrie, founder and chief executive of freelancing marketplace Freelancer, has warned startups not to get “enamoured” with the cryptocurrencies, but to focus on solving a problem instead.

“There have been a lot of people rushing into cryptocurrencies trying to make quick money,” the entrepreneur told StartupSmart this week.

There’s now officially a bigger bubble than the Dutch tulip bubble “in terms of peaks and troughs and the mania behind it”, he says.

The market capitalisation of the sector as a whole is at “some ridiculous level”, says Barrie, and cryptocurrency is not currently, in any practical sense, being used to buy and sell products and services.

And, even if that situation ever comes about, national governments will likely issue their own cryptocurrencies and place restrictions and regulations on others, he adds.

“While it’s a neat underlying technology, the practical realities are that central banks will not want to give up control of the money,” Barrie says.

However, according to Barrie, identifying as a cryptocurrency or blockchain startup is like saying you’re a startup that uses maths.

Companies can tend to become “enamoured with the technology”, he says.

“They say they’re blockchain companies, but do they solve a real problem that people are willing to pay money for, or are they a solution looking for a problem?”

There are initial public offerings (IPOs) and placements on the stock market every day, he says, and an ICO is “no different”.

“You’re still dealing with companies raising money to embark on ventures [and] not all ventures are successful.”

The idea of receiving coins for your investment is “kind of ridiculous”, Barrie says.

As an example, he points to Bananacoin, a cryptocurrency developed by a banana plantation in Laos, which uses a utility token fixed to the price of 1kg of bananas.

The plantation has now sold 6.8 million tokens “to people who I presume at some point can turn up in Laos and swap them for a banana”, Barrie says.

“Why did we need to develop this? What was the point of this?”

While some blockchain startups may be using the underlying technology — the distributed ledger registry — for “some valid applications”, there are too many startups “just playing with the technology”, Barrie says.

“A lot of the people are putting the cart before the horse and desperately wanting to work on a blockchain solution when there’s actually no problem in the first place that has a real market need for that particular application.”

Equally, there are a lot of startups using blockchain to create fintech solutions, but they may “forget that the fintech space is so heavily regulated”.

There are issues related to compliance, anti-money laundering, know-your-customer regulation and licensing.

A startup may have a new technology that allows it to transfer money around the world, but “there’s a lot of things you have to do to actually be able to offer that service,” Barrie warns, and those rules differ not only country-by-country, but in places like the US, they vary from state-by-state.

Barrie wouldn’t necessarily advice startup founders to stay away from the cryptocurrency and fintech space altogether, but he does point out “it’s a lot easier to start a business in an industry that’s not heavily regulated”.

While there are a lot of problems in the fintech space, particularly when it comes to regulation, Barrie warns founders not to get caught up in cryptocurrency just for the technology’s sake.

“You would do a lot better picking a real customer problem and solving that in an industry that isn’t heavily regulated than trying to enter a regulated space,” he says.

Barrie admits he has been here himself, having founded a semiconductor company in the security space just because he wanted to work with semiconductors and security.

“The customer problem that we ended up solving was actually better solved with a software,” he says.

“We were just a solution looking for a problem”

Finally, Barrie says startups should be focused on their market, and strive to sell “a painkiller not a vitamin”.

People may like to take vitamins every day, but if there is real pain, they will pay more for a painkiller, he says.

“Or, even better, a narcotic, where once someone tries it once they’re hooked — like Uber,” he says.

“And you have withdrawal symptoms if you try to stop using it.”