Mark Zuckerberg on why Silicon Valley’s startup culture is “backwards” 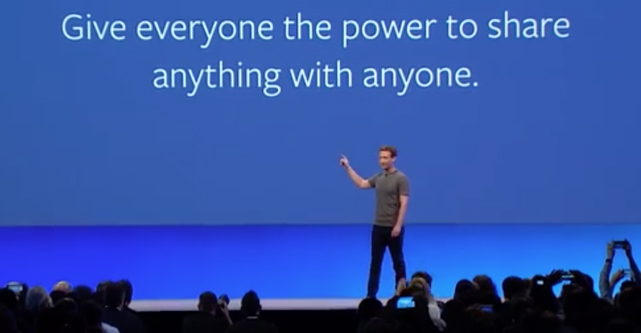 The startup culture in Silicon Valley is “backwards” and entrepreneurs need to focus on solving problems that matter, Facebook founder Mark Zuckerberg says.

In an interview with Y Combinator founder Sam Altman, the renowned entrepreneur says that too many founders fall for the startup dream.

“I always think that you should start with the problem that you’re trying to solve in the world and not start with deciding that you want to build a company.”

He says this is how Facebook started, with him and his friends setting out to build something they liked to use and would enable them to connect with their peers at Harvard.

“We were talking about how one day we thought that someone was going to build a community like this for the world and that would be some company, but it clearly wasn’t going to be us,” Zuckerberg says.

“We just weren’t focused on building a company back then. We were just building something that we thought would be useful at our school.”

This led Zuckerberg to spot a gap in the market.

“You could find news, movies, music and reference materials but the thing that mattered the most to people, which is other people and understanding what’s going on with them, just wasn’t there,” he says.

He then set out to create a platform where students could search their courses and connect with others in the same classes, and find other courses to take.

After 10 different versions of this, Zuckerberg landed on the initial concept for Facebook.

“The thing that just struck me from the beginning was people would just spend hours clicking through,” he says.

“There was nothing that was super interesting there but that just struck me as people having this deep thirst to understand what’s going on with those around them.”

As demand for the social networking platform grew, the team began to build it out for the rest of the world.

“We just kind of followed what people wanted, and that led us to expand it to all these other schools and eventually beyond schools,” he says.

“Once we’d hired a bunch of people we decided to turn it into a company and go for this mission of connecting the world, but that’s not where we started.”

He says that all the great businesses in the world are created by people driven by a deep purpose and belief.

“The best companies that get built are things that are trying to drive some kind of social change, even if it’s just local in one place,” Zuckerberg says.