From ‘Toy Story’ to ‘Finding Dory’ and beyond: How leading animation studio Pixar solves problems 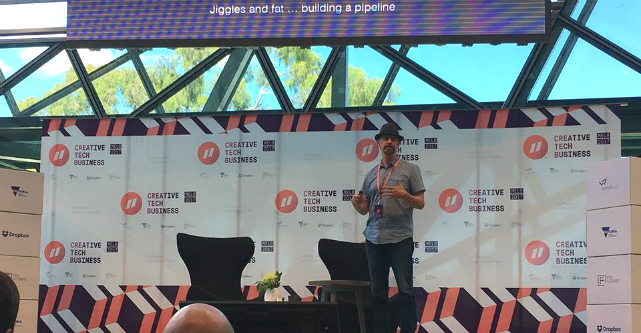 If there is one thing a startup can learn from Pixar Animation Studios, it’s solving complex problems through collaboration.

“It’s also a stressful place because there’s money and deadlines … you have to work with people through these issues collaboratively.”

Green, who is from Melbourne but lives in San Francisco, has worked on some of the world’s most well-recognised animation films, including Toy Story, Finding Dory and Monsters Inc.

As a character supervisor, he led the creation of the characters “Hank” from Finding Dory and “Sullivan” from Monsters Inc.

“I spent so much time with [Sullivan], he’s kind of my buddy,” Green says.

To get the best out of collaborative teams and build an organisation that thrives on creative ideas, Green says its crucial to build a culture and work environment that supports both of these things.

This means creating a place where ideas are not crushed but given a chance to develop with input on how they can be improved, and where there is an understanding that when working with new technology, people need a chance to prove themselves.

But most importantly, Green says collaboration can only work if you have the right people who want to solve problems together for years to come.

“You have to pick people you want to work with,” he says.

How Pixar solves problems through collaboration

During his talk, Green revealed some of Pixar’s key challenges when creating animation films, including how to make the character’s body parts believable and act in a way that respects physics.

“If something squashes, it has to squash in a way that’s mathematically correct,” he says.

When developing “Hank”, an octopus in Finding Dory, Green said the key problem was figuring out a way to make the tentacles believable.

So first they looked at how a real tentacle bends and analysed all its separate components like suckers and skin simulation. The next step was to work with scientists, mathematicians, coders and artists to bring each of these parts to life in the character.

“We found all these problems and we divided them all up between the groups,” Green says.

To help, Green says they also reached out to a team who worked on animated tentacles in  the film Pirates of the Caribbean: Dead Man’s Chest.

“We talked to them, they talked to us—collaboration,” he says.

Many of the “technical opportunities” in a film are solved with the help of creative professionals, says Green.

“Pixar is full of artists, a lot of them are traditional artists,” he says.

Green says the mix of diverse minds means project challenges turn into “mad science experiments” and although some problems are not solved in one film, Pixar takes an evolutionary approach to innovation.

“Steve Jobs had this thing of [saying], ‘you’ve got to do one thing that’s great, you can’t do two things that are mediocre’,” Green says.