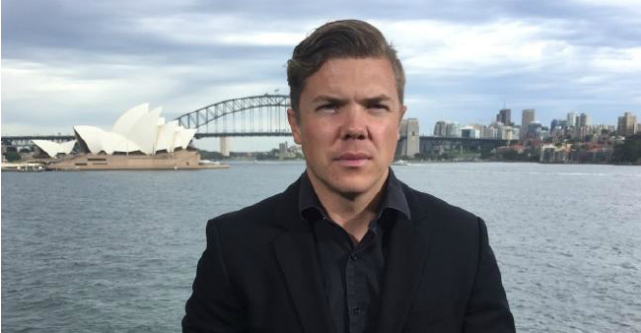 An international firm specialising in helping journalists working in war zones has pivoted to focus on helping startups protect themselves online.

Global Media Risk (GMR) founder Shannon Sedgwick says he decided to expand the company’s offering after several clients pointed out the lack of this type of support for smaller businesses.

“Within those training packages was digital security and cyber training.”

Sedgwick and his team have put together a package incorporating the training and experience of GMR’s cyber security teams and various CTOs to provide an all-in-one solution for startups through to ASX-listed companies to secure apps, conduct penetration testing, assess vulnerabilities and control access.

Instead of going to three providers, Sedgwick says startups can now knock on one door for all their security needs.

“It’s funny nobody has considered this before,” he says.

With the rising threat of cyber attacks on SMEs and new startups, Sedgwick says he wants to increase awareness and defence capabilities so they can prevent things like consumer data leaks and privacy breaches.

And GMR plans to drive this from the top-down by working with everyone from venture capitalists, accelerators and incubators through to the founders themselves, Sedgwick says.

“Our main focus is to develop a risk-aware industry,” he says.

In many cases, Sedgwick says startups don’t even realise the security standards they have to meet especially when it comes to end-user data and securing investments.

“A tick in the box doesn’t equal security,” he says.

“Part of your business plan needs to be security, it can’t be an after thought.”

There are many security risks startups are taking without realising it, like failing to think laterally about how people will use and apply the app they’ve released, he says.

“They give all their developers access to their product,” Sedgwick says.

“That’s a security risk they’re not aware of. When people leave the company they take IP with them so there needs to be compartmentalisation of information.”

GMR is working with about six startups now including Sydney startup AirService, with co-founder Dominic Bressan saying that cyber security is often neglected by early-stage startups.

“When you’re in the throes of building your business and fighting for survival, cyber security is also one of the issues that is often marked as something to come back to and address later and that delay can stretch on indefinitely,”  Bressan says.

As a security-conscious startup, Bressan says it’s critical to get tested by experts.

“What’s really valuable about Global Media Risk’s offering is that it’s bringing cyber security into the fold much earlier in a startup’s life cycle.”