Global productivity is slowing down: Three reasons why 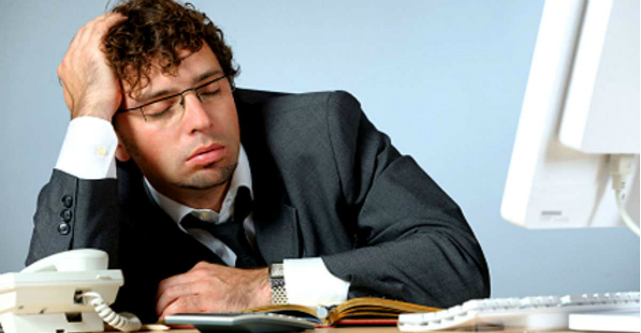 There is a wide recognition by economists and policy-makers that “the large differences in income per capita observed across countries mostly reflect differences in labour productivity”.

Further, “productivity is expected to be the main driver of economic growth and well-being over the next 50 years, via investment in innovation and knowledge-based capital”.

This is what makes Australia’s productivity slowdown since the 1990s so concerning, as it coincides with a period of massive technological change and innovation. Nor is Australia the only country to experience this phenomenon, or to be puzzled by it.

Productivity is not an easy concept to define. Essentially, it is a measure of the efficiency with which we can turn inputs into outputs, based on new technologies and business models, a capable and educated workforce and effective management of firms and organisations.

During the mining boom, the deterioration of Australia’s productivity performance was masked by the boost to our terms of trade from higher commodity prices.

With the end of the boom, it has become apparent that new sources of growth must be identified, re-positioning Australia as a more complex and diverse economy, embedded in global value chains.

Given the significance of this challenge, the Federal Government called in the Productivity Commission.

Its discussion paper highlights the “justified global anxiety” that “growth in productivity — and the growth in national income that is inextricably linked to it over the longer term — has slowed or stopped. Across the OECD, growth in GDP per hour worked was lower in the decade to 2016 than in any decade from 1950”.

The most problematic feature of this challenge is that we lack a clear understanding of why productivity growth has slowed or stopped in Australia and around the world, despite a considerable amount of analysis and debate.

Broadly, three reasons for the productivity slowdown have been advanced.

First, there is the claim by Robert Gordon that today’s innovations do not compare in scale or impact with the breakthroughs of the 1990s let alone the wave of earlier transformations bringing urban sanitation, electricity, the telephone, television and commercial flight: “so it’s the lack of really profound economy-wide impacting innovation in the past few years that’s been the problem.”

Against this view, Erik Brynjolfsson maintains that technological disruption is at least on the scale of earlier periods but has yet to demonstrate its full impact, which will require “a host of complementary innovations, just as it did in the industrial revolution: investments in education, reorganization of work, new policies…”

In particular, he anticipates “the core technology of artificial intelligence, machine learning, and combining it with knowledge in lots of different areas [will] create new products and services”.

Others agree that “the new digital economy is still in its ‘installation phase’ and productivity effects may occur only once the technology enters the ‘deployment phase’”.

Second, evidence suggests that productivity growth is still very strong, possibly stronger than ever, but confined to “frontier firms”. These tend to be younger, more innovative and profitable.

They also vastly outperform the laggards, whose poor performance brings down the average. Here the productivity slowdown is thought to be due not to lack of innovation, but rather to a lack of diffusion from the frontier to the rest of the economy.

This stems partly from the growth of monopolies and oligopolies in many industries.

They encourage the “financialisation” of corporate activity at the expense of productive investment, particularly in R&D.

Another factor is the uneven quality of management, which can inhibit enterprise “absorptive capacity”, or the take-up of new ideas and business practices, even in a competitive environment.

Finally, there is the view that whether or not there has been a transformation of productivity performance as a result of technological change, it may not be reflected in the statistics due to measurement shortcomings.

For example, the role of the internet in changing the way we communicate, assemble data and deliver services is simply not captured by traditional measures.

Most economists accept that “what we measure affects what we do; and if our measurements are flawed, decisions may be distorted”.

But some go further, arguing that “the time is ripe for our measurement system to shift emphasis from measuring economic production to measuring people’s well-being.

And measures of well-being should be put in a context of sustainability”.

Whatever measurement tools are adopted, productivity-enhancing reform will be a key driver of long-term growth and jobs.

It will enable us to compete globally not just on cost, which promotes a self-defeating “race to the bottom”, but on quality, design and innovation as the framework conditions of a high wage, high productivity economy.

US Federal Reserve Chair Janet Yellen understood this well in a speech last year on the role of productivity in restoring global growth:

Though outside the narrow field of monetary policy, many possibilities in this arena are worth considering, including improving our educational system and investing more in worker training; promoting capital investment and research spending, both private and public; and looking for ways to reduce regulatory burdens while protecting important economic, financial, and social goals.

In Australia, the Chief Economist reports that “innovation-active” businesses are 40% more likely to increase profitability, twice as likely to export and two-to-three times more likely to demonstrate higher productivity and employment.

Yet innovation has been getting bad press, just like productivity in the past. It was not so long ago that productivity was viewed suspiciously as a ruse to make people work harder, when the real benefit was in working smarter.

Now innovation is resisted on the grounds that it destroys jobs altogether. While this may be true in specific cases, it also creates jobs, and has done so historically.

The problem is that most newly created jobs will not be the same or in the same places as the jobs that are gone.

It has been estimated that up to half the existing jobs in advanced economies will disappear or be changed beyond recognition in the next 10 years. This implies a much bigger emphasis on education and training to prepare for the future.

To be credible, a new productivity agenda will have to ensure that the gains from innovation are shared systematically across the workforce and society, rather than accumulating in a few hands.

This is the lesson of populist revolts over centuries, including the current examples occupying the world’s attention. A new agenda will require a new social contract.

Roy Green is the dean of UTS Business School and Renu Agarwal is a senior lecturer in Innovation and Service Operations Management at the University of Technology Sydney.