Virtual reality is the most sought-after skill but what’s it used for?

In just 10 years, the iPhone style smartphone has gone from an “overpriced” novelty to the primary way most people communicate, are entertained and socialise. The big question is — what’s the next dominant platform?

The most sought-after skills for technology freelancers is virtual reality building, according to job site Upwork. Virtual reality, where an immersive 3D world is built, and augmented reality, where 3D objects are overlaid over a view of the real world, have long been expected to break out of the gaming market and become an important way for us to interact with computers.

The user interface paradigm that replaces the smartphone could be one of two strikingly different modes; either speech or augmented reality. The technology for both is improving rapidly but has a way to go. Facebook’s Occulus platform has great promise but for many, is still too expensive; Google’s Daydream-compatible phones will include the high end Android devices; and later this year Apple’s ARKit will bring augmented reality to millions of phones running iOS 11, vastly increasing the potential market.

So what practical uses are there for VR today? To see what developers with the skills can come up with, here’s a look at what some of the entrants in this year’s GovHack came up with.

It’s hard to understand the magnitude of large numbers, such as those around government expenditure. This team used 3D objects, such as rows of houses, in a virtual reality landscape to let the user experience the scale of statistics. Blender was used to build models and A-Frame was used to display the virtual world in a web browser. If a picture is worth a thousand words, then imagine how much a 3D picture can express. 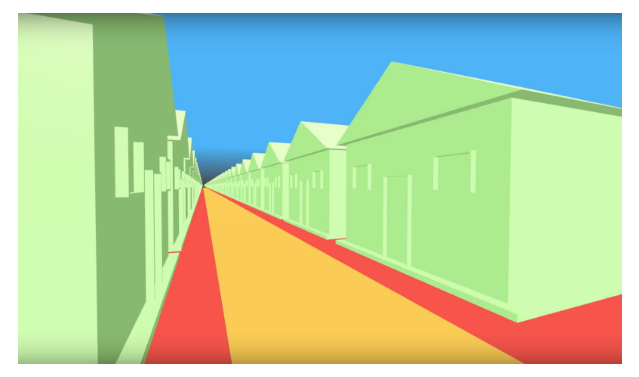 TreeMate is a mobile game to encourage users to go out and connect with their environment by identifying the unique trees in their neighbourhood. The virtual world includes stylised trees with various markers for rarity, size, age, life expectancy and family. Users visiting a tree can leave comments for other players, such as animals seen living in the tree. 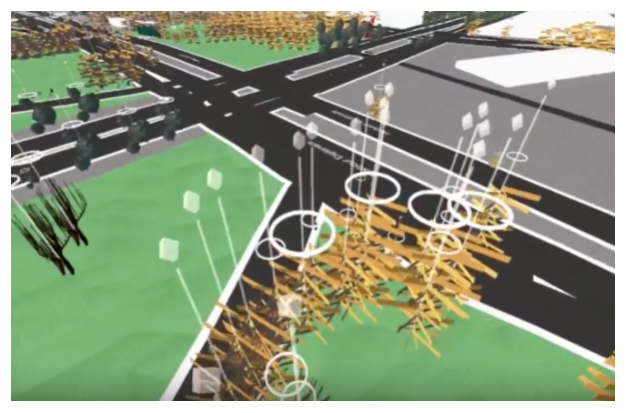 Melbournian’s Pace is a virtual reality app created by the One Big Mess team as a way to “immerse” users in the increasingly large volume of planning data becoming available about cities.

The idea is to allow “city planners to step into the shoes of residents and not just visualise data, but virtually experience it”. The VR world created allows the user walk around a miniature 3D model of the city of Melbourne with simulated pedestrian traffic predictions based on past data. 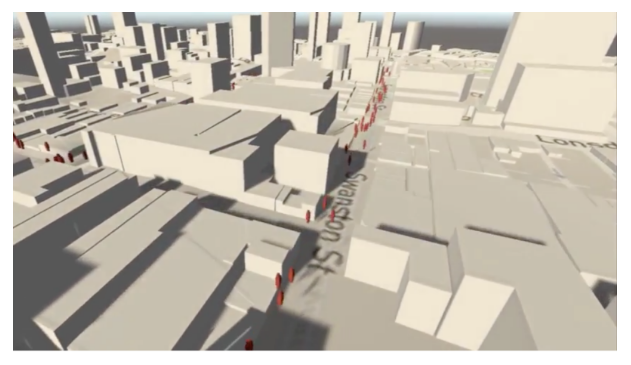 Virtual reality has been an idea in computing that’s been waiting to come of age since the late 1960s but with the 3D graphics power now available in common smartphones, it is about to break out into widespread use.