Hey You founder Rebekah Campbell on her biggest startup regret 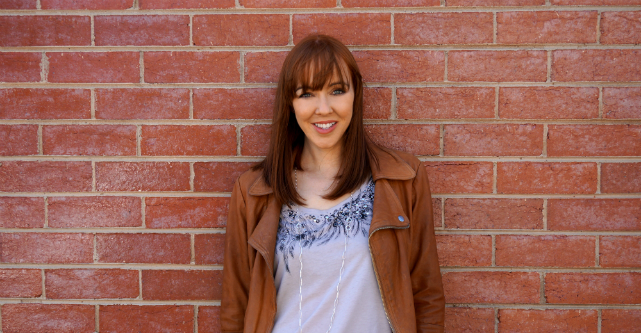 For Hey You founder Rebekah Campbell, there’s one big thing she’d do different if she had her time over again.

Campbell founded Posse in 2010, which after a series of pivots became mobile ordering and payments platform for cafes Hey You.

In an AMA run by Blackbird Ventures, the Sydney entrepreneur says she wishes she hadn’t raised so much funding early on in the business.

“I’d raise less money at the start of the business,” Campbell says.

“I raised a seed round of $1.4 million, which in hindsight was way too much. I hired a lot of people so when we made mistakes they were a lot more expensive than they needed to be.

“Next time I’d bootstrap for as long as possible until I’m sure the model is dead right and then I’d start raising capital, building a team and scaling.”

She says that this lesson is useful for all founders.

“Six months later they had all disappeared. I raised capital and was stuck with a bunch of large shareholders who didn’t do anything.

“My advice to founders who are splitting equity in a company is to work out how much you think is fair for each person to own and then have the shares vest over four years with a one year cliff.

“Founding a startup isn’t for everyone and it’s inevitable some people will drop off along the way.”

Hey You recently secured a $2 million funding round that also saw Campbell take a step back from her role as CEO.

In the AMA session, she revealed many interesting insights into her entrepreneurial journey and dished out some useful advice for all founders.

Campbell says that finding a co-founder that has the same level of work output and quality is just as important as having similar values and vision.

“If one person is working much harder or just does better work than the other founder then both founders will get frustrated,” she says.

“I’ve seen this break so many co-founder relationships. The only way to know is to have a long engagement and see how the other person works before you get married.”

Campbell, who recently became a mother, says running a startup team is a lot like being a parent.

“Lots of marriages break down because the couple have different parenting styles. The same is true for co-founders,” she says.

“When you lead a team it’s very different to being a couple of founders with a dream and laptops. You need to be a united front and have shared expectations for team accountability and culture.

“It’s hard to know how you will parent until you become a parent but it’s at least good to talk about how you would like a team to work before you build one.”

She says it has taken “great difficulty” to keep Hey You’s ever growing team motivated.

“I’m naturally very self-motivated, ambitious and driven so I don’t really find it hard to keep going myself but it has been tough to keep a team motivated through lots of challenges,” Campbell says.

“It can help to allow teams to go through a renewal process every so often. Sometimes people get tired and it’s not always a bad thing if people leave because it can give you the opportunity to bring in fresh energy.”

The founder recalls how a simple new tradition helped her team push through some dark times.

“Once we almost ran out of money, some people left and weren’t replaced, we were working out of a garage and it was winter,” Campbell says.

“I knew I had to do something but didn’t have much cash to spend. I decided to start putting on team breakfasts at 8:30am every morning.

“It was cheap to buy nice bread and cereal and it got everyone together socialising first thing in the morning.”

How becoming a parent changes your view of your business

Since becoming a parent, Campbell says her perspective has shifted.

“Becoming a parent has made me much more focused,” she says.

“I used to spend lots of time doing things I didn’t enjoy or that I wasn’t actually that good at. Now I’m a mum I want to spend as much time with my daughter as possible so I have had to give up doing a lot of what I was doing before.

“It forced me to delegate responsibility and trust others to run large parts of the business. I’ve also become a lot more patient and I’ve developed a new level of empathy and care for others.

“I’m way softer now which I can see will make me a much better leader in years to come.”