“He is an extraordinary individual, being so engaged with the younger generations but also so academic. Interviewing him was such a privilege, and I never expected I’d have that opportunity,” Ransom told StartupSmart.

The exclusive event last March was surprisingly not the first time Ransom had met the 44th president, having run into him through her work at the G20 Youth Summit in 2014. However, it was the first time the seasoned speaker and leadership coach ever had the chance to interview him, something she found both daunting and eye-opening.

“It was the most daunting thing, getting the brief to come up with questions for the former president of the United States. I was constantly worrying if my questions would be good enough, or interesting enough,” she says.

However, Ransom found through the process she discovered further strengths about herself, which she says has bolstered her work for the past nine months since the event.

“I found that this was something I could be doing at this level, this is what the top of my game looks like,” she says.

“That conversation really opened up a lot of doors for me, and I’ve had the privilege to moderate some extraordinary conversations since then.”

At the end of her conversation with Obama, the former president left the room of over 300 influential Australians and businesspeople with a challenge: make a conscious effort to invest in the communities you live in. Ransom describes it as a “powerful rallying cry” for global progress.

Obama’s advice was timely for Ransom, as the founder has spent the last year drawing up plans for space (officially stylised as ‘s p a c e’), a new part-festival part-conference event slated to run in late-May in Australia’s idyllic Byron Bay.

Teaming up with co-founders Adam Ferrier and Cj Holden, Ransom says her goal with space is to “change up the conversation” when it comes to conferences and collaboration, and notes space will be very different to your standard startup conference or business event.

Open to just 300 attendees, space will run for four days and feature collaborative conversations (as opposed to panels and keynotes) with speakers across a diverse range of industries and expertise, including notable advertising executive Russell Howcroft and former Rolling Stones tour manager Sam Cutler. 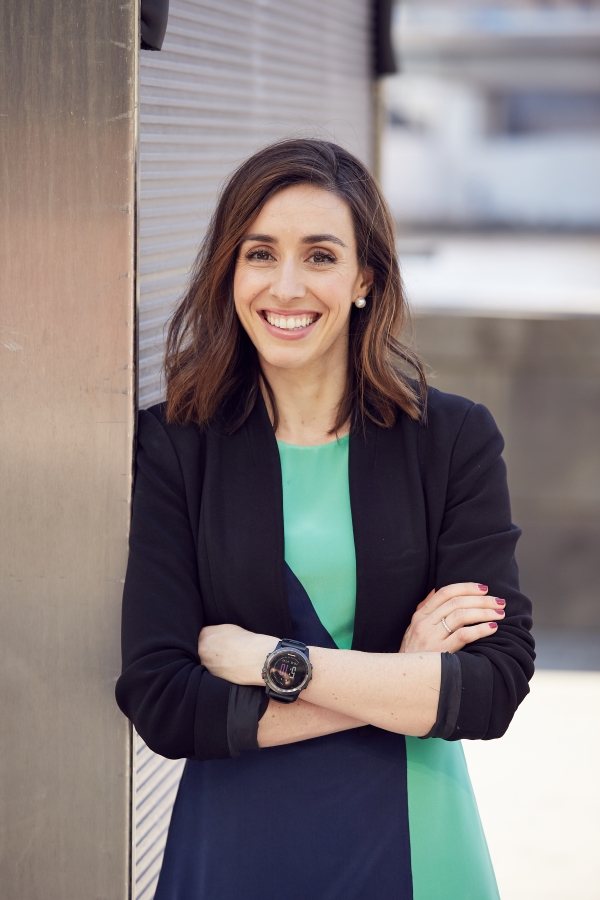 The attendees will have to apply to attend and are hand-picked by the founding team. Ransom says she wants to build a cross-section of people who “really care about the future of our country” and drive as much positive contribution to Australia as possible.

“We want to break down the echo chambers in industry and create a dialogue about future-proofing Australia. We need to have a conversation about the questions no-one is asking,” she says.

Space’s laid back and festival-like vibe is a significant departure from the standard conference structure, which Ransom says is a much-needed shake-up on how business conferences run.

“I always found it funny how the conference structure hasn’t evolved much. We put people in a room, give them sugar, and assume they’ll learn,” she says.

“This is a destination event, so it’s focused on engaging with what you’re doing, as opposed to running to and from your work in the middle of a big city.”

So far, Ransom says the response to the event has been overwhelming, with many people in the business and creative industries excited to be involved.

“Clearly we’re tapping into an existing hunger here. I think people are sick of being stuck in the same old conversation,” she says.

Alongside space, Ransom has also been working on her corporate consulting firm Emergent, focusing on taking the Australian operation international. She says this has sparked a number of new collaboration opportunities with companies in Asia and Europe.

Through her work with Emergent, Ransom has worked with companies such as Virgin, Microsoft, Cricket Australia and Oracle, and says she’s managed her relationships with these mammoth corporates by following a few key rules.

Firstly, she says, startups should never promise to fix everything, and should instead try to develop a trusted relationship with the big end of town with the goal of becoming a regular ‘go-to’ partner.

“If you develop that trusted relationship, they’ll bring you into work on significant projects, so try and build rapport with them,” she says.

But Ransom says these good things won’t always come to startups who wait, and encourages founders to get out there and find the right opportunities however they best can.

“Don’t spend all your time focusing on just your company. You need to find an avenue to get out there and connect with big business, as there’s really not enough of that happening,” she says.

“Find ways to be introduced to them informally, and don’t just think about it once a year. Make it a habit to get a coffee every week and do a bit of networking.”

NOW READ: Five lessons for startups from Holly Ransom, the entrepreneur Richard Branson named a star of the future

NOW READ: The language of startups needs to change: Why it’s time to stop saying we’re “crushing” and “killing” it