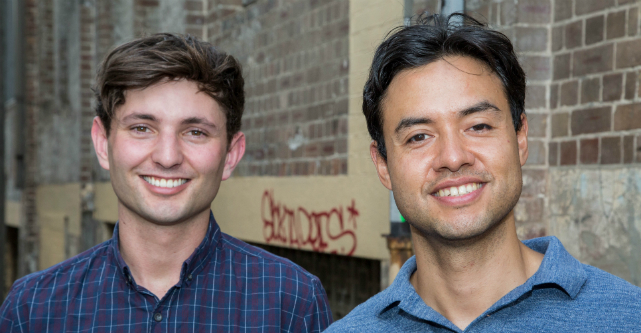 After blowing $20,000 on an event he couldn’t sell enough tickets for, concert promoter Jared Kristensen decided to come up with a solution.

That solution has just landed him a $525,000 investment deal.

“I had about 20 events that I did [and] I thought there has to be a better way to increase ticket sales.”

With an idea to build an end-to-end platform that could help festivals and concerts drive ticket sales, Kristensen entered a Slingshot accelerator in 2015 where he received $30,000 in seed funding and met Jason MacLulich, the former chief technology officer of GoCatch.

At the time, MacLulich was developing The Medic, a health-tech platform aimed at connecting doctors and patients online.

“He ended up selling The Medic and joining me,” says Kristensen.

Together, they set up a basic landing page for Audience Republic, then known as Ticket Squad, and launched it in early 2016. Since then, Kristensen says, more than 75,000 people have engaged with the site.

“We have delivered over $2 million in ticket sales,” Kristensen says.

“At the moment, we’re working with large scale events but we will expand into sport, theatre, conferences and other types of events.

“We want to be the marketing platform that powers the [amplification of] ticket sales.”

To make the site more sophisticated, Kristensen is planning to integrate smart data analytics with the platform so promoters can gain deeper insights into potential customers and the types of events they like.

“A problem that is just as a big as selling more tickets is getting the right people to the event,” he says.

To help with this, the business needs to hire developer talent and invest in a marketing and sales team and this is what its new injection of funding will go towards.

“The market for the platform is huge, with more Australians attending live music gigs than sporting events,” she says.

“In 2014, it was recorded that 10.2 million tickets were sold for music events in Australia.

“This market opportunity, coupled [with] Audience Republic’s co-founding team, clear evidence of customer traction and business vision, demonstrated a strong basis for the company to scale globally—which is what our fund is geared to do.

“[Audience Republic] will help event organisers to not only increase ticket sales, but also capture sophisticated data, allowing them to much better understand their audience.”

The biggest challenges to date

Like many new founders, Kristensen has faced challenges throughout his startup journey. He says the biggest two have been maintaining focus and figuring out how to get “maximum results with limited resources”.

“There’s so many different opportunities and ways you can take the platform and it’s really just staying focused on the value you can deliver,” he says.

“For us what’s helped to stay focused is always talking to customers. Every time I’ve kind of listened to people who aren’t our customer like advisors and other types of people, generally they’ve been wrong.

“So pay attention to your customers and listen to what they’re actually saying, rather than what you hoped they’d say.”

Kristensen says taking this approach, and building and tweaking the product to give the target market what it wants, has played an important role in Audience Republic’s traction so far.

“Really for us, it’s just been long 80-hour weeks and doing everything ourselves,” he says.

“We were able to cover our costs up until now.”

He notes the startup only recently set up an actual marketing website for the site, which until has been a basic responsive web app.

“It wasn’t perfect but at least it got us up until this point,” he says.