This Melbourne clean tech startup has an eye on new innovations after securing $11.5 million in series B funding 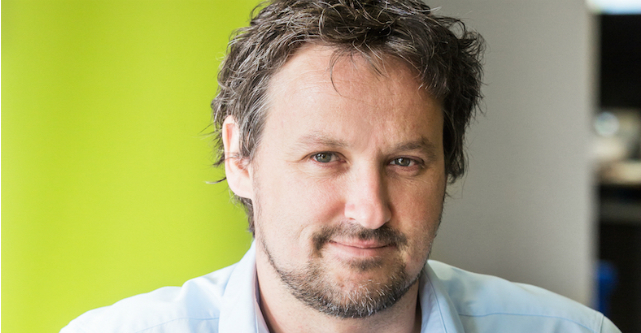 As power grids become decentralised, he says, it’s opening up the opportunity to redesign the way electricity is managed across the industry.

“In Australia that’s happened faster than anywhere else in the world,” Blythe tells StartupSmart.

His startup GreenSync, which just closed an $11.5 million series B, is one of the few seizing the chance to make electricity smarter, cheaper and simpler.

GreenSync uses smart control and coordination to increase the number of renewable sources and battery storage systems that can be integrated into central power grids. Since its launch in 2010, the company has received more than $13 million in investment from both government and private funds to see its innovations brought to life.

“The decision to raise a serious amount of capital is about how we build the technology that allows us to scale globally and move globally.

Compelling investors to fund the unknown

Blythe says GreenSync’s latest round of funding took almost 12 months to secure, with one of the biggest concerns raised being their venture into largely unchartered territory.

“The key challenge in all of this is: tell us how your global expansion and scalability story is going to work in a market that’s yet to develop?” says Blythe.

“No one’s got a crystal ball on exactly how that’s going to work.”

From collecting big data to developing smart algorithms and using driverless car technology, Blythe says the business will mitigate this risk by keeping a close eye on new innovations to stay ahead of the curve.

“We’re technology-agnostic, we integrate with all forms of technology and provide that architectural overlay,” he says.

The difference between government and private sector investors

“We needed well regarded corner stone investors with experience in our sector.”

While both types of investors have their strengths, Blythe says investment from cabinet funds brings a high level of local credibility, while funding from a renowned venture capital firm can offer “immediate international traction”.

“There’s a balance we’ve struck with homegrown investment and offshore.”

When pitching for government funding, Blythe says it’s important to focus on local value with international traction being a “secondary benefit”. This means establishing a “domestic backbone” though a solid base of customers in the region.

“They’re certainly a different flavour when it comes to government,” he says.

“Government funds really do require that good news story at a domestic level.”

It wasn’t until GreenSync established an “elite” position in the regional clean tech market and attention on decentralising electricity intensified that Blythe and his team began approaching investors, he says.

“Operating off of the minimum amount of cash for as a long as possible is always the best way [but] that’s not always possible,” says Blythe.

“You have to get through the valley of death.”

One way to keep growing without external investment, says Blythe, is to experiment with revenue streams.

“You can bootstrap for longer by having different business models early on and adapting them,” he says.

“Raising capital is all about the timing in the market [and] the best ideas can sometimes fail if you don’t have the timing right.

“Wait as long as possible till the market is really burning.”