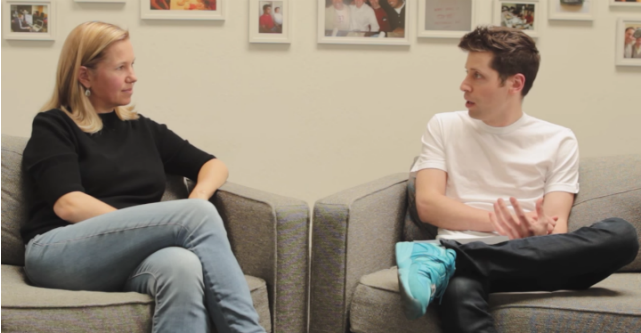 Airbnb is now a startup giant worth $US30 billion ($40 billion), but when its founders knocked on Y Combinator’s doors in November 2008, they had to beg to be let in.

Speaking on How to Build the Future, Y Combinator co-founder Jessica Livingston says this was a grim time for startups.

“Angels were closing their cheque books and people were all going to hold off on investing,” Livingston says.

“I remember we went into the interview saying, ‘we are only going to choose companies that we think could make it to profitability really quickly on their own, and then they can live as a cockroach.”

The Airbnb team’s attempt at raising funding so far had been “embarrassing”, but Livingston says its founders saw something that the investors couldn’t.

“They knew they were on to something because they themselves were hosts,” she says.

“That is one of the key things about founders, when you are using your own product or solving your own problem, you have all these insights that no-one else has.”

It was the determination of Airbnb’s founders that led Y Combinator to invest in the startup, not the initial idea, she says.

“They came to us with their idea, which was at the time renting out airbeds in your home while you were there during a conference,” Livingston says.

“Then they said, ‘okay, now we’re going to rent out airbeds in your home but not during conferences’.

“Then it was renting out your own home.”

Livingston says this provides a great example to founders on why it’s more important to start building a company rather than trying to immediately land on a world-changing idea.

“It’s more important to get started with something and build it, because your idea is always going to evolve.”

But too often founders are distracted by “wolves in sheep’s clothing” activities like partnering with big companies, meeting investors and doing a lot of PR.

“Going to conferences, networking events – all these things that seem like important things to do as part of your business are not important in the very early stages when it’s critical to build your product,” she says.

“The most successful startups are hyper-focused on their product.”

But founders still need to have a big vision, she says.

“I remember specifically during YC, Airbnb said to themselves and to investors, ‘we plan to become the eBay of space’,” Livingston says.

“They were nowhere near the eBay of space at that point but they had that vision and they were working towards that.”