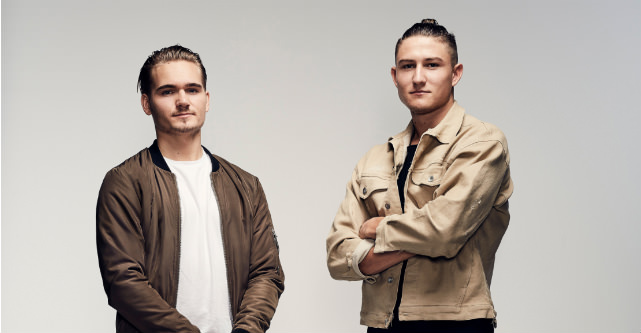 Gold Coast entrepreneurs Nik Mirkovic and Alex Tomic were barely teenagers when they started watching what the world’s leading brands were doing to dominate their markets.

“The biggest thing for us and why we’ve been so successful is for the last ten years we have always looked at the market,” Mirkovic told SmartCompany.

“I’ve always paid attention to how everything works.”

So when Mirkovic, 21, and Tomic, 22, decided to launch their own business, they had a fairly solid understanding of consumer behaviour and market trends.

With ambitions to create a globally recognised brand, and $20,000 of their own money to invest, the duo launched teeth whitening company HiSmile.

“We saw a massive gap in the teeth whitening market,” Mirkovic says.

“We thought it was a boring industry that didn’t give the consumer much option.”

The product has kicked up a storm among Millennials, a market leading the global trend of conscious consumerism.

“I don’t think you need to go out and test on animals, it’s about being ethical all the time and always doing the right thing to yourself, the business and consumers,” says Tomic.

In addition to one-off products and packs, HiSmile offers a year-round subscription kit that can be cancelled from three months onwards if a customer changes their mind.

“We added our own touch and spice to it,” says Mirkovic.

In barely two years, the growing business has turned over $10 million from a customer base of 100,000 people worldwide, they say.

The duo are expecting to ramp this up to $40 million in the next 18 months.

In ten to 20 years, Mirkovic and Tomic envision HiSmile will be up there with the top global brands.

“We’ll have head offices in all the major cities in the world, London, New York, Hong Kong, LA,” says Tomic.

How they found their sweet spot in the market

HiSmile’s marketing is done entirely on social media, which Mirkovic and Tomic say allowed them to take a scattergun marketing approach in the first six months, promoting the brand to anyone and everyone aged 15 to 35, before discovering their niche.

“We pushed so much content out because of social media. We got to see what content got the best interactions.”

By the end of this period, the pair realised HiSmile attracts a target market of young women aged between 15 to 24.

Taking inspiration from the world’s best brands, Mirkovic and Tomic aim to sell something that goes beyond the product itself.

“We try to portray the ideal lifestyle for them,” says Tomic.

“Some of it’s a bit tongue-in-cheek; we’re aligning humour with the brand and not taking ourselves too seriously.”

The brand’s content strategy is heavily influenced by what other successful businesses on social media are doing.

How they get influencers, bloggers and online personalities to be brand ambassadors

For example, HiSmile’s YouTube page only has two videos, which have been seen about 300 times each. But videos featuring HiSmile kits have been viewed more than 200,000 times.

Most of this marketing has come free, they say.

“We sent well over half of our stock to influencers and bloggers just so they could get their hands on it,” says Tomic.

HiSmile first reached out to a wide range of social media influencers, big and small, including anyone from yogis and fitness junkies through to beauty bloggers.

Now that the brand is starting to focus on its key market, they’re sticking to the latter, Mirkovic and Tomic say.

While bigger bloggers will want to negotiate payment rates, “the majority are honest,” says Tomic.

To fellow small business owners wanting to drive brand awareness through social media, Mirkovic and Tomic highly recommend reaching out to a wide range of influencers at the start.

“Send your product to as many people as you can.”

On top of this, Tomic says its important not to get too fixated on a single social media strategy or platform that’s working.

“Be aware of your followers,” he says.

“See where your brand aligns with the target market.”

“Everyday we get better at moving on from being stuck in our ways and not just putting all the dollars on Instagram,” says Tomic.

“At the end of the day, the market is always right.”