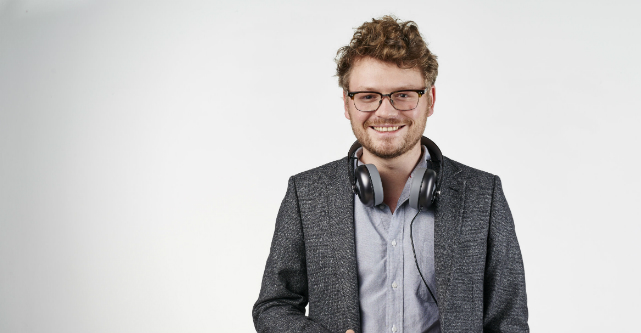 A Melbourne startup that created “world-first” headphones that adapt to a user’s own ears has become the most funded Australian campaign ever on Kickstarter.

Nura has now raised nearly $1.2 million on the platform from more than 4000 backers with a week still left in the campaign.

Only 1% of all campaigns on Kickstarter reach the $1 million milestone.

Nura co-founder and CEO Kyle Slater says it is a huge moment for the little startup.

Nura’s headphones automatically learn and customise sound for users with an inbuilt microphone that listens to human ears.

After more than a year of preparation and launching into product demonstrations around the world, Nura’s Kickstarter campaign went live on May 15th.

Within two days, it had exceeded its goal of raising $AUD200,000 and is now at nearly eight times its aim.

Slater says Nura did two critical things that laid the foundation for success before pushing the button on Kickstarter.

Building anticipation for the product

Before launching the crowdfunding campaign, Nura CTO and co-founder Luke Campbell says they developed a working prototype and travelled the world to get people and the press talking about it.

“Our product essentially promises you a better experience of music,” Campbell tells StartupSmart.

“We got our prototypes and went around the world to to show journalists.”

In addition to Nura’s own videos that have been viewed tens of thousands of times, they were featured by the likes of TechCrunch, Fox Business and The Verge.

All of this built hype and momentum around Nura so that by the time the campaign was ready to go live, a worldwide audience was waiting.

“We are a Melbourne company but we have a very global vision,” Slater says.

“We were able to convey that vision through our video [and] the demonstrations that we did.”

Slater says a lot of crowdfunding campaigns for hardware struggle because they lack credibility.

“You’re asking people to commit money for something that doesn’t exist yet in its final form,” he says.

Therefore, it’s fundamental to demonstrate to backers that the team is experienced, equipped and committed to delivering on their promises.

“One of the most important steps we took was to bring on [Nura chief operating officer] Dragan [Petrovic],” he says.

After graduating from Melbourne Accelerator Program, Slater and his team also moved to Shenzhen, China, to build their prototype in a four-month HAX accelerator program.

During this time, they learned the complexities of the manufacturing and distribution process.

“We visited many factories and spoke to a lot of people,” Slater says.

“You want to see a factory that is full of happy workers and producing great products, the quality won’t be high otherwise. The factory we did end up choosing, we sat in and had lunch with the workers [onsite], and ate with them, the food was incredible and they looked happy.

“We noticed that the quality of the product tended to improve with the general vibe of the factory.

“It wasn’t simply a matter of cost, we considered a lot of things.”

In addition to this, Campbell says the team needs to be across timelines, design, pre-production runs, certification, getting the product off the line and shipping before the campaign goes live.

“We found that it’s very important to make sure that you’re really ready for the Kickstarter,” Slater says.

“Make sure that you prepare well.”