Tips for building a startup dream team from an entrepreneur that has recruited for Atlassian, Spotify and Invoice2go 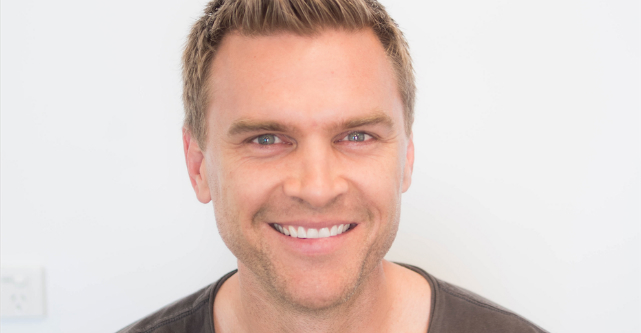 The success of a startup boils down to its team and the people who work day-in, day-out to see it grow and Invoice2go’s head of culture and talent Nick Ingall knows this all too well.

With a background in talent acquisition, Ingall has recruited and managed talent for startup success stories including Atlassian and Spotify.

He says one of the biggest challenges for an early-stage startup when trying to recruit is a lack of brand recognition among potential talent.

“It’s making sure everyone knows about it so people who want to come on that journey can come along,” Ingall tells StartupSmart.

Ingall says the team at Invoice2go are on the brink of a major recruitment drive.

“We’re about to enter a hypergrowth phase from a hiring perspective,” he says.

While Invoice2go has more than 200,000 global users and over $1 billion worth of invoices are billed through it each month, the startup’s story is yet to be recognised among “top tier” talent pools around the world, he says.

Ingall says he faced a similar problem when he joined Spotify in its first years to help it grow its team.

“In the early days, not a lot of people knew about the company,” he says.

“There are some challenges now [with Invoice2Go] around getting the story in front of people.”

When a company is more well known, like Atlassian was when he joined, access to the world’s cream of the crop is relatively better.

But this doesn’t mean a smaller startup can’t win “top tier people”, Ingall says, with many highly talented individuals working for big tech startups but wanting to be involved with smaller operations.

“There are individuals out there interested specifically in early stage startups,” he says.

“They would love to have a bigger impact in a smaller company.”

Here are four key questions that Ingall says all founders need to ask themselves to make sure they bring the best talent possible into their startup.

1. What part of your story will attract great talent?

To grab great talent, Ingall says new startups should looks inwards at what makes them unique, what makes the founders stand out from the crowd and what core values underpin their overall mission.

At Invoice2go, he says founder Chris Strode’s mobile-first approach put the startup on the map early on.

“The decision to go mobile-first and the gut decision he had was ahead of its time,” Ingall says.

“Identify what has made [your] company successful to date and what challenges will be there to look at over the next one, two, three years.”

This can give prospective talent an idea of the problems they may be able to solve and how they may fit with your startup, he says.

2. Does everyone know you’re hiring?

Using existing networks is a very strong way to find and recruit the right talent, Ingall says, and if employees refer people they are more likely to have the right skill set and cultural fit.

In line with this, it’s also important to ensure the company embraces diversity, he says.

“We’ve got a culture that fosters diverse backgrounds,” Ingall says.

“Everyday, when you’re having lunch or in a meeting room, you can hear different languages being spoken, you can get different snippets of news coming from around the world.”

At the helm of fast-growing startups, Ingall says founders may find the need to meet diversity metrics a challenge when they just want to hire the right and strongest talent as soon as possible.

But this can be overcome by simply advertising and participating in as many different markets and events as possible, he says.

“You need to make sure your name is in front of as many people as possible,” Ingall says.

3. What motivates your team to stay with you?

In an increasingly transient world, the ability to retain great talent for the long haul is crucial, he says.

At Invoice2go, Ingall says they take a dedicated approach to ensuring new recruits see and feel the value they’ll get by growing with the company.

“We spend a lot of time in front-end recruiting, we want to ensure they want to stay on board for a three-year period,” he says.

As a company with startup roots in Sydney and a footprint in Silicon Valley, Ingall says they have a vested interest in helping new recruits grow, learn and build experience during their time at Invoice2go.

“So in two to three years of these learnings, we show that if you decide to venture on to something else, you have been part of a global business,” he says.

4. How do you manage fires?

In the volatile startup world, some people will inevitably need to be let go, either from a pivot or just not being the right fit, Ingall says.

“In the startup world when you’re moving so quickly, the business is going to go through various stages,” he says.

Either way, he says the process of firing should always be done in a well-considered, empathetic and respectful way.

“Both the business and the individual have to recognise that if this comes into play, stick to cultural values and be honest with each other,” Ingall says.

“It’s meeting with the person face-to-face, talking about initial concerns and ensuring both parties are aware of it.”

Before making cuts, he says it’s important to consider if an individual can be trained or given the opportunity to shift with the direction of the business, and always strive to move forward with this in mind.

“What can we do to solve this with a positive outcome for both?” Ingall says.