How Melbourne fintech Assembly hired 67 people in one year: A guide for rapidly scaling startups 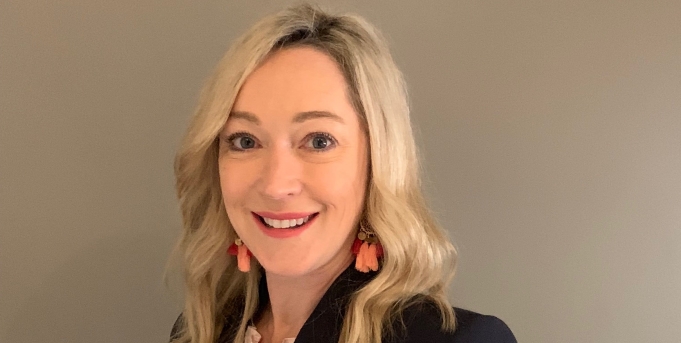 After raising a chunk of capital and locking down some significant partnerships in the banking sector, Aussie fintech Assembly was geared up and primed for growth.

But before the startup could get down to brass tacks, there was one tiny problem to overcome first: hiring almost 70 people, and hiring them fast.

Hiring great talent has long been one of the biggest pain points for local startups looking to scale, and with Australia’s shallow talent pool and difficult visa requirements, finding the right fit can be a herculean task.

And that’s not to mention the time, effort and inherent uncertainty involved with finding a new desk mate. Hiring just one employee can be hard enough, hiring multiple is another thing entirely.

So when Sarah Ettershank, Assembly’s general manager of people, was onboarded to manage the company’s recruitment rodeo, she knew her work would be cut out for her.

“We knew it was going to be a huge undertaking, but we didn’t realise initially how many people we needed to bring on, and we did know what we were facing in terms of our scaling and growth strategy,” she says.

Ettershank gave StartupSmart the step-by-step rundown on exactly how Assembly tackled this task.

The first hire you should make

Before any plans or hiring decisions were made, Assembly made the key move to hire Ettershank herself, as the company prior did not have an official people or HR division.

“I was effectively the first hire of the 70,” she laughs.

Ettershank says having someone on your team dedicated to managing people and creating hiring strategies is something startups looking to scale should consider, but notes it’s not the only option available.

“I do think it’s really important to get someone on board that understands people and culture, and how best to go about the hiring process,” she says.

“Founders are incredibly busy, and while they may have the capital, they’re not necessarily going to be experts on the people side.”

But startups should also understand the different options available when building out talent pools, Ettershank says, with external recruiters and contractors being viable choices for companies struggling to fill talent gaps.

“A head of people is a difficult role to hire for, so you could look to enlist an external recruiter. However, they might not have the sort of experience you’re looking for, and you’ll lose an opportunity to build your company as a workplace of choice,” she says.

Make a plan and stick to it

After Ettershank was on board, she found herself “staring down the barrel” of hiring dozens of people, in a relatively new and unknown company, and in a fairly shallow talent market.

“We went from a granular level, starting to think about what our talent acquisition strategy was going to look like,” she says.

This involved a number of meetings with Assembly’s leadership team, where they nutted out where the company’s knowledge gaps were, how many people they’d need to hire, what departments they would need to be in, and what the culture requirements would be for each role. Working through these requirements with each department head required a detailed approach, she says.

“You need to make sure everyone’s aligned when you’re going out to recruit. Whoever the decision maker is, make sure they know exactly what the company is looking for,” she says.

“Know you’re not going to tick 10 out of 10 boxes, and it’s okay to develop new hires in areas they might be less skilled in.”

Being pitted against the Atlassians of the world, which regularly claim gongs as choice places to work, Assembly was on the back foot, not having a strong employer brand when compared to other large tech hirers.

“In terms of value, we were providing great opportunities, but it was just that people didn’t know us, we didn’t have that external presence,” Ettershank says.

To overcome this, the startup decided to look to the 30-odd staff already on its books, tapping their networks for potential hires, along with looking at promotional opportunities for existing staff keen to move into new roles.

“We relied heavily on our own internal networks, and encouraged staff to really get out there and promote the jobs we had available,” she says.

Assembly even set up a referral program of sorts, offering staff an “attractive fee” if their suggestion ended up being hired by the startup.

The company also used traditional sourcing tools such as LinkedIn, social media, job boards and recruiters, but in the end, its internal networks shone through.

“Currently, 75% of our new hires came through direct placements from our own networks, which is pretty amazing,” she says.

But those hire recommendations still needed to be vetted through the company’s recruitment process, which involved a few steps.

“First, we conduct a telephone screening to ensure they actually meet the key criteria. We’re looking for someone who’s going to be a good fit for Assembly,” she says.

“Then, all being good, we bring them into the business for a face-to-face, which will usually involve the founders and some of their potential peers and team members.”

“Prior to any offer of employment, we conduct extensive background and reference checks.”

Then, after the documentation is signed, it’s all done and dusted.

It’ll take time, but it’s worth it

Ettershank says running this process for the near-70 hires the company completed over the 12 month period can be full on and time intensive for the founding and management team. However, she believes that’s something startup founders just can’t avoid.

“You have to put in the time, you can’t afford to do a quick hire,” she says.

“Put the steps in place, go through the process, otherwise you might have a bad hire, and they’ll cost you more money and more resources than the time you spend finding a good hire.”

“Hiring is time-consuming, there’s no way around that, but when you’re talking about people the effort is worth it.”

NOW READ: What to consider when hiring employees in a startup

What was the retention rate like? Looking at LinkedIn, it seems a lot have left.