Innovation is hidden in “scary” ideas: Three tips to unlock these at your startup 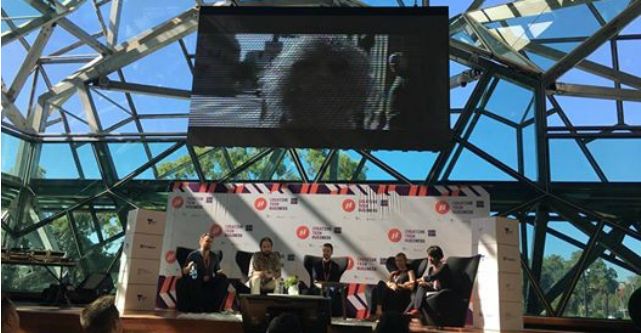 “Brainstorming is dumb” and ideas are “scary”. These were two of the messages highlighted by guest speakers at Melbourne’s creative tech conference Pause Fest this week.

But the intention was not to scare off new founders. Instead, the goal was to raise awareness about the environment, culture and approach needed to activate creative thinking in a team and bring the most innovative ideas to life.

“Brainstorming is dumb—the way you think about it now was invented in the 1940s,” said FastCompany executive editor Noah Robinson, who spoke to the Pause Fest audience via Skype.

Despite it being a common practice, Robinson said having people sit together and debate new solutions doesn’t often lead them to the best one.

To illustrate his point, Robinson asked the audience to undertake an “idea death match” where participants had to come up with innovative concepts, pitch them and choose the best solutions.

Teams began in groups of two, which would double in size each round. At every level only the best idea would get through as a result of intense debate and “may the best idea win” thinking.

After the exercise, Robinson asked: “Was the winner the best idea or was it the person who was most assertive?”

“Creativity for me is about being elastic,” she said.

“I worry whether sticking to one methodology and repeating that is going to get the best outcome overall.

“There’s a spectrum of personality and not everyone’s willing to share their idea out loud.

“So it’s important to have multiple methodologies and ways of approaching this.”

Creativity and innovative thinking are activated when people feel self-actualisation, according to Alysha Naples, the former senior director of user experience and interaction at Magic Leap.

“It’s at the top where creativity lives,” she said, referring to Maslow’s hierarchy of needs theory.

Naples said in order to get up there, people need to get past tier three—“love and belonging”—and this part is often forgotten in workplaces.

Instilling a sense of love and belonging in your team through culture and a supportive work environment is critical for innovation, she said.

Referencing to Dr Brené Brown’s TED Talk, Naples said: “The absence of love and belonging will always be suffering”.

3. Ideas can be ugly and weird but give them a chance

During a panel discussion, Lucasfilm story group content strategist Diana Williams showed a GE advertisement, which proclaims ideas are “scary”, “messy” and “fragile” because they’re the “natural born enemy of the way things are”.

When working within the constraints of budgets and deadlines, the prospect of failure can be even greater, said Williams, but ideas always need a safe space so they can be brought to life.

“People like to hear themselves talk, talk, talk … at some point something has to happen,” she said.