Inside the mind of a startup unicorn founder: Stripe’s John Collison on making the tough decisions and ending the tech boys’ club 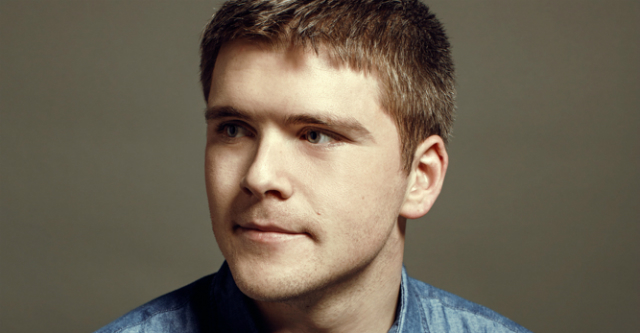 “We still see ourselves as fairly early in the trajectory of where the product will be,” John Collison tells StartupSmart.

“We’re in this for the long term.”

It’s this longer term vision that helps set Stripe apart from the competitive pack in Silicon Valley and around the world, Collison says.

“One of the competitive advantages that Stripe has is that we’re more patient than other companies,” he says.

“We had a clear vision of what we wanted Stripe to be but we actually didn’t quite know at the time how we could bring it into being,” he says.

“We honestly didn’t know how any of this stuff worked. I remember exploring this space and trying to learn about the finance industry and the payments industry.

“We had an awful lot of hard decisions: Do we launch with this approach? Can we find a better approach? Is this even possible?”

And the company’s positioning in the middle of two sectors made these decisions even harder to make.

“Stripe sort of exists in these two worlds where we’re in the intersection of hard real-world problems and technology.

“We’re wondering how it is we can move money internationally and provide really nice APIs for developers.”

Now that the company has so many users around the world, these tough decisions are becoming a bit easier to solve, he says.

“The big scary decisions are fewer nowadays because now that we’re at scale, the individual impact of a decision is less,” Collison says.

“We’ve launched products before now and so we know of know what works well, what doesn’t and we know how to stress test things before launch.

“Thankfully for all our sanities, the frequency of scary decisions seems to be going down.”

Collison says there are two types of ideas – the outlandish ones and the ones that solve an existing problem.

“Some ideas are hard to predict even in hindsight,” he says.

“I don’t know if I could’ve come up with Snapchat, it’s just so unlikely and the filters and – what? I’m still a bit baffled by it even though I use it.”

The other type of ideas are the ones that are surprising that no-one else has thought of them.

“Some products feel like they slot into a real need when they happen,” Collison says.

“I remember complaining to people in 2012 that there’s no good group application program. Then Slack came along and of course everyone just immediately lapped it up.”

This is the type of idea that drove the creation of Stripe.

“It was so freaking obvious – why did no-one do it before Stripe?” Collison says.

As the founder of a world-leading tech company, he says gender and cultural diversity is high on his radar.

“It’s the attitude of the company, the cumulative actions that you take across management, across hiring and across how you run the company,” Collison says.

This comes down to “small actions” like project-based interviews, where potential hirings are assessed on work output rather than a subjective evaluation.

“A big part of that is demographics,” Collison says.

But he says that these actions are just “tiny puzzle pieces” in the broader diversity problem in the tech sector, where “gatekeepers” put up barriers that prevent underrepresented groups from breaking into it.

“You want to as much as possible eliminate those,” Collison says.

“Part of the problem is when access to anything, be it funding or tools, is very connections-based and you get a bit of this old boys’ club effect.

“VCs are a good example of this. People will fund what they expect to be successful and they might not be conscious of that or the biases that are there. The study shows that if people have unconscious biases, purely reminding them that they exist is actually meaningful and helpful.”

The founder says he wants Stripe to play a role in putting an end to this tech boys’ club.

“Stripe can play a small part in this ecosystem-wise,” Collison says.

“We want to make it the case that if you have an idea, if you have a business you want to get off the ground, we’re going to enable that regardless.”

It’s this belief in entrepreneurs and global growth that is driving the young entrepreneur.

“I just really enjoy the day-to-day of getting to work with the set of people that we have accumulated,” Collison says.

“We are motivated by the long-term mission of Stripe and it helps that we’re not done yet.”