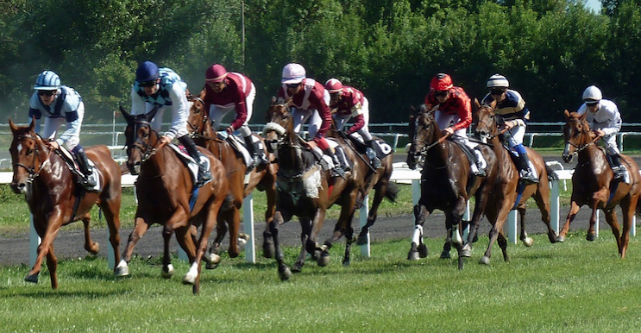 Melbourne Cup is a day of celebration in Australia but is it possible to bet responsibly? Our friends at Financy ask some award-winning ladies in wealth for their top tips.

It’s the race that stops a nation, the $6.2 million Melbourne Cup.

Some of us are into it because of the fashion, champagne, the hours off work, while others just like a punt.

Last year, Michelle Payne made history and became the first female jockey to win the main event at Flemington, but she won’t be competing this year.

Her fantastic win surprised the bookmakers after winning despite a 100-1 chance in doing so.

But this year, the only female jockey will be Katelyn Mallyon in her first big Cup Day race, and so far the bookies have her at a $61 chance to win on the horse Assign with number 18, according to TAB.com.au.

So how much should you punt on Melbourne Cup Day?

At Financy HQ, we urge everyone to gamble responsibly, and for some extra help we’ve asked some top women in the wealth business for their tips.

One of the winners of this year’s Australian Financial Review and Westpac’s 100 Women of Influence awards, the Money Barre’s Melissa Browne, offers up her tips on gambling responsibly.

“I love the horse races. I have always been a terrible better, so I talk about “my donations” rather than my bet.

“I always say, take cash that you would normally spend on a day out, such as lunch with friends and be prepared to lose that.

“If I win something, I don’t put money back on. If I lose, then I have had a good time anyway, but I am certainly not going to get more out to win that back I think that is a recipe for disaster.

“If I go to the races with friends, I often suggest throwing $20 into a pot, and if we win, we celebrate together, and the same goes for if we lose.

“Today I will be putting a sneaky $10 bet each way on Oceanographer and Heartbreak City – but I have never won on the Cup.

“The science I use is that Oceanographer is based on the look of the horse and I like the owner’s story behind Heartbreak City.”

The Money Management Woman of Year award Deborah Kent from Integra Financial Services says while gambling is not something she condones, on a day like today she makes an exception.

“The first thing to do is set a budget, and withdraw cash from the banks, and be prepared to lose it because that’s what gambling is about.

“If you do win, keep your winnings and don’t mix punting with too much alcohol, that can make losing worse.

“I always look at the calibre of the jockey, and I tend to bet not on the horse but on the jockey. I tend to go with the jockeys that I know, and I’ll read about the others.

“Today I’d probably support another female rider because sometimes it’s the long shot that wins – anyone can win the Melbourne Cup, it’s not always the favourites.”