Jack Dorsey explains how ‘mindset over matter’ made Square a success 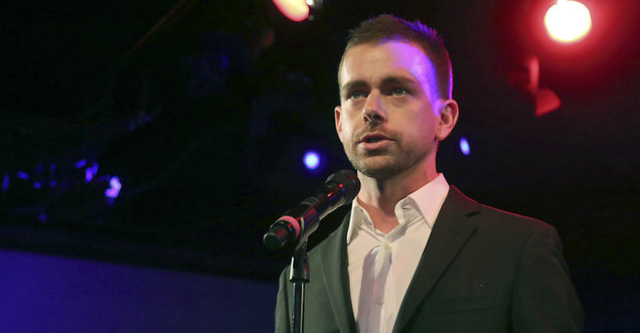 Jack Dorsey says after building Twitter, getting his other business, Square, from a tech product to something that’s useful to small businesses required a bit of a mindset shift.

The Twitter co-founder and chief executive visited Melbourne last week to celebrate two years of Square processing payments in Australia, and to announce the opening of a new engineering hub in the city.

Square, on the other hand, was of value to people because it solved a “very specific problem people were having every single day”.

With some business endeavours, he said, “it’s important to understand the ‘why’.”

Dorsey told the story of Square’s first merchant, a flower cart called Lillybelle Flowers, which he and his co-founder Jim McKelvey approached to test the prototype of Square. The vendor, Cheri Mims, was reluctant, until a potential customer left to go withdraw some cash, and never returned to complete his purchase.

Witnessing this allowed Dorsey and McKelvey to realise “we weren’t building a credit card reader”, they were “helping someone make a sale”.

Mims later ‘rang the bell’ on Square’s listing on the New York Stock Exchange by selling a bunch of flowers to Dorsey’s mother.

Once they knew they were working on a point of sale system, they found they were able to note trends in a business over time, providing “simple insight to help people make decisions” around things like product placement and pricing.

It was this mindset that then led to Square Capital, which offers small business loans repayable through automatic deductions of a percentage of daily card sales.

He added the company was essentially already doing this — it offered next-day settlement on card transactions, while Square itself didn’t get settlement for two to three business days.

“We were doing crazy loans to pay the merchants we were serving with money we didn’t have,” Dorsey said.

“We were advancing people money, but doing it reactively. What if we were to do that proactively?”

Although, he admitted, “the friends and family market is massive”.

So far, Square Capital has lent out $US2.8 billion ($3.72 billion) to small businesses in the US. Dorsey said he intends to bring the service to Australia, too, although “we just don’t know when”.

“We would like all of our products to be global,” he said.

But, the business of payments and moving money is highly regulated, and they’re up against “a lot of friction”.

In the long term, Dorsey said he would “definitely aspire to” solve a bigger problem by serving the “unbanked” population. He said he has seen evidence that Square is reaching an under-banked population, with some people “treating us like their bank” already.

The answer to the global issue could lie in cryptocurrency, Dorsey said, although this may not be in widespread use for another five to 10, or even 20 years.

In the short term, Square is focusing on “continuing to bring people into the financial system”, with an ethos of trusting everyone who applies, and monitoring them for misbehaviour, as opposed to a traditional banking model of making customers prove themselves first.

“The banking industry starts at a no,” he said.