“You can’t be ignorant”: Janine Allis urges founders to find their inner developer 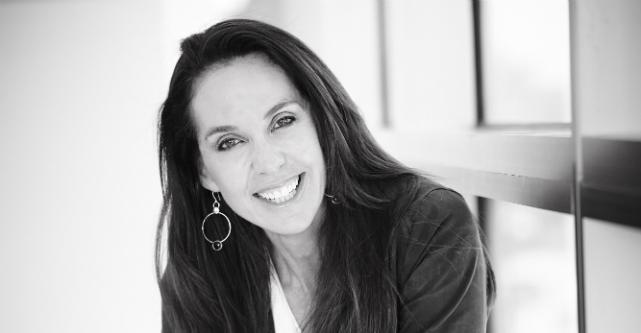 Women in startups have to embrace technology if they’re to succeed, and they may already have the skills they need, according to Boost Juice founder Janine Allis.

Speaking to StartupSmart at a coding class at the MYOB office in Melbourne yesterday, Allis noted in all her time as an investor on Shark Tank, “I can’t think of one woman who came in and said she had a tech and coding background”.

However, technology will play a key role in the future of any entrepreneur.

“You can’t be ignorant or say it’s far too complicated to understand it,” Allis says.

While writing code can appear to be complex and inaccessible, “by jumping in you’ll find out it’s actually common sense — it’s quite simple”, she adds.

Having even just a basic level of tech knowledge can be crucial to running a startup. And — whether male or female — if founders don’t embrace the technology and the changes it will bring, “they will be relying on other people”, Allis says.

“That’s why it’s dangerous,” she adds.

The more information a founder has, the more they will know the right questions to ask, she says, rather than being fed information when “they don’t know whether it’s right or wrong”.

“Probably the biggest challenge we all have in business is that so-called tech experts come in and say ‘we can do this and we can do this’ and then really they can’t, or they can for a big price, or they’re charging a lot of money for something that’s actually very basic,” Allis says.

“So, it’s important we all get involved in tech,” she adds.

“Understand it enough so if that person walks out the door, you’re not in the poo.”

Some women may feel excluded from the tech world for lack of exposure — for example, if they haven’t spent time playing computer games or tinkering with computers as children, Allis says.

However, “women can actually be more techy,” she adds.

There are more women working in e-commerce than men, and more women using Instagram for business, she points out.

It may feel like tech can be inaccessible for women, but actually “they’re doing it every day,” Allis says.

“It’s accessible, it’s something you do intuitively without thinking about it, so just embrace it,” she says.

A lot of founders go into startups without any real tech experience, and for them, Allis’s advice is just go for it, and to learn as much as you can on the way.

Listen to podcasts, seek out workshops and sign up for online courses, she urges.

“We’re in a world of knowledge at our fingertips,” she says.

“There is never an excuse not to know. You can always find the time,” she adds.

“We’re going into an interesting world. It would be remiss of anyone not to learn as much as they possibly can … You cannot be ignorant in this world, because it will leave you behind,” she says.

NOW READ: Code Like a Girl launches internship program to give workers a foot in the door at Aussie tech companies

NOW READ: Women in STEM has been given a $4.5 million boost, and the promise of an ambassador, but is it enough?