Agtech key to feeding the world by 2050 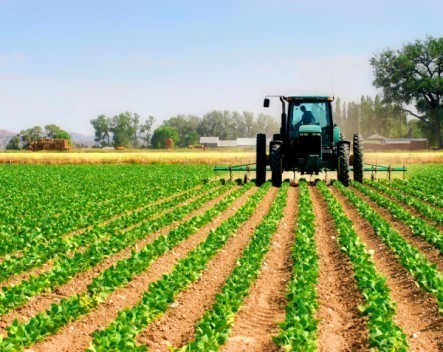 Agricultural technology startups are the key to feeding the world’s booming population, according to the founder of a Brisbane-based startup specialising in helping farmers maximise their crop yields.

Paul Turner, the founder and chief executive of data processing and analytics startup AgDNA, told StartupSmart the intersection between technology and crop producers is a space to watch.

“At a macro level the industry is having to double production output between now and 2050 as we go from seven billion to nine billion people,” he says.

“All the forecasts are saying we’re going to have to double our food output but we’re not doubling land. Farming has to get more productive and do more with less. To get that double production you have to get smarter, make smarter decisions and maximise the yield in every single hectare.”

That’s where AgDNA comes in. According to Turner, his startup helps farmers make smarter decisions and not only increase their yield but also minimise their production costs in order to become more efficient and profitable.

Launching in 2012, AgDNA has since pivoted from a record-keeping website to a data processing platform that sends information straight to farmers’ mobiles. The company has raised more than $400,000 in seed funding and is now looking for a Series A through American-based investment platform AgFunder.

Despite agriculture being perceived as a very traditional industry, Turner says the sector is very innovative.

“The large manufacturers have done a fantastic job of imbedding all of these sensors into the tractors, combine harvester sand sprayers and now they have the means of capturing all that data,” he says.

“We’re moving from a world of human-generated data to machine-generated data. So no longer does a farmer have to sit in the evenings and type all of his records into a spreadsheet… now it’s coming off a machine. It’s all of this data that’s coming through 24-7 and now it’s creating a lot of value but creating its own problems with data overload.”