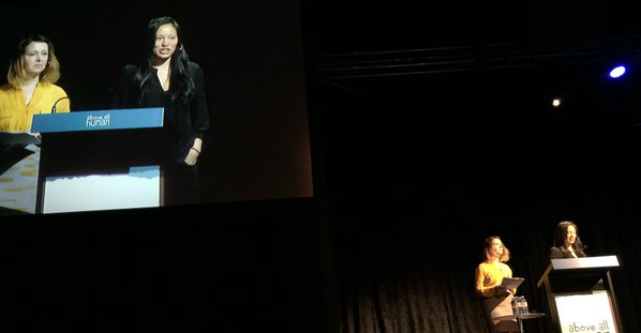 A Victorian entrepreneur has played a prominent role in launching a new global movement aiming to shine a spotlight on the startup sector’s diversity problem and provide ways for CEOs to make a difference.

Founded in San Francisco, Project Include is an open-source site providing a starting point for companies to integrate diversity into their business strategy, along with tools, materials and recommendations to help them do it.

The movement is being led by eight industry veterans from the likes of Pinterest and Slack, as well as Australia’s own Susan Wu – a LaunchVic board member, angel investor and influential Silicon Valley entrepreneur.

“This effort has been a truly collaborative one, and we would love to invite the community to contribute along with us,” Wu says.

“Anyone can join and share their stories, what has worked for them and what hasn’t.”

Bringing it to Australia

Off the back of Wu’s involvement, the Victorian government is looking to bring the project to Australia to promote diversity in the local tech sector.

This is a personal mission for Victorian minister for innovation Philip Dalidakis, who says the information and statistics need to be turned into action.

“Diversity and inclusiveness are very important to me personally,” Dalidakis tells StartupSmart.

“What we’ve lacked is the will to do it.”

To overcome this, Dalidakis says he wants to work closely with the private sector to achieve short, medium and long-term goals in getting more people from diverse backgrounds participating in the tech and startup worlds.

“First you need to be prepared to acknowledge that there is an issue,” he says.

Wu has been a big spokesperson for diversity in tech.

Earlier this year, Wu called “bullshit” on tech conferences claiming gender parity is too hard to achieve during the opening speech for Above All Human.

Slack senior engineer Erica Baker, who started a spreadsheet at Google to expose gender-based pay disparities, and investor Ellen Pao, who has spent the past three years intensifying the spotlight on the tech sector’s lack of diversity, are also on the Project Include founding league.

Since launching, the response has been strong.

“The early feedback we’ve heard repeatedly from CEOs is, ‘I wish I had had this earlier’,” Pao says.

“This is tech, we are a metrics-driven industry,” Chou says.

“If you want to be more diverse but aren’t tracking your results effectively, you’re not taking it seriously.”

Project Include has published recommendations in seven key areas:

Under each of these categories, Project Include explains why they’re important and then outlines practical ways for startup leaders to implement them in their businesses.

“Too often the conversation around diversity in tech becomes a conversation in who can we help first, with the thrust of efforts being focused on women, instead of how we might build inclusion into everything we do,” Baker says.

“The diverse backgrounds and experiences of this team and our networks of friends, advisors, and reviewers has informed and strengthened our recommendations.”

The policies are also written to meet various startups by size with each policy indicating if they can be applied to a team of two, more than five or above 25.

“Companies of all sizes are leaving talent on the table when they inadvertently push out women and underrepresented employees of color with unwelcoming office cultures,” Project Include founding member and Cathy Labs CEO Bethanye McKinney Blount says.

How founders can join the movement

The open source site lays out detailed strategic policies to help overcome some of the major barriers preventing startup CEOs from establishing diverse teams and workforces as they grow.

In the employee lifecycle category, processes to find, recruit and retain a diverse team are broken down into actions like implementing non-traditional hiring procedures to help CEOs discover talented, under-represented people.

To overcome the stark lack of diversity in STEM graduates, Project Include recommends searching for talent outside traditional sources by looking in places like coding camps or “nano-degrees”.

It also suggests promoting job ads where diverse applicants can find them.

In Australia, such talent may be found through General Assembly’s short course programs or in groups like Code Like a Girl and Lesbians Who Tech.

A range of other processes like removing bias from resume evaluation and rethinking traditional interview practices present ways for CEOs to create change in their startups.

The full list of recommendations can be accessed on the site so any startup founder can start changing the stats today.

“We’ve very intentionally laid the groundwork for building a long lasting community, one founded on open source principles, where the most innovative solutions for diversity and inclusion might very well come from anyone, anywhere,” Wu says.