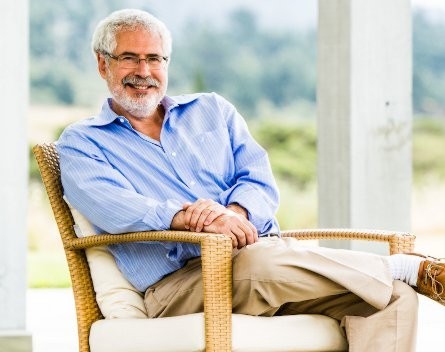 Twenty Australian entrepreneurs will get the chance to learn from Steve Blank, the academic who launched the lean startup movement, when he visits Australia next month.

Blank will be hosting an innovation workshop alongside the founding executive director emeritus of the University of California, Berkeley, Lester Center for Entrepreneurship, Jerome Engel, in Melbourne on October 20.

The 10 best pitches to the Australian Sports Technologies Network’s Investment Pitching Competition will be invited to the workshop. Another 10 entrepreneurs who submit the 10 best pitches to The $50,000 IT Invention test, hosted by ICT Geelong, will also get the opportunity to take part.

Both Blank and Engel will also be keynote speakers at the ASTN’s annual conference in Melbourne on Tuesday, October 21.

The conference will focus on ‘The Next Steps to Global Sports Innovation’ and look at how sports innovations developed by Australian companies can tap into the $600 billion global sports market.

Engel and Blank will be joined at the conference by representatives from FIFA, the Australian Sports Commission, AFL, Catapult Sports, Vic Health, 2XU, Yachting Australia and the Manufacturing Excellence Taskforce Australia.

ICT Geelong manager and ASTN executive director Craig Hill was thrilled to be able to bring Blank and Engel to Australia.

“Essentially we’re trying to build on Australia’s innovation capacity through the leadership of our sport system,” he says.

“Three years ago the Sports Commission released their ‘Winning Edge’ strategy, which highlighted the importance of innovation across sport, not only from a gold medal perspective, but the way we’re managing sport.

“There’s not really that many easily accessible sports innovation clusters around the world. The sports sector, manufacturing sector, retail sector, and government, we’re bringing them together and investors to the table.

“We want to build on the reputation we have in Australia.”

Hill says Geelong is uniquely positioned as a city with easy access to everything that’s required to build a sports technology startup cluster.

The Geelong-based Headstart accelerator, which launched earlier this year, aims to incubate and invest in up to 40 new sports technology and IT businesses over the next four years. It’s already taken on startups in a non-investment capacity. The best startups from the two competitions will also get the chance to apply to become one of five startups resident in the accelerator’s October intake.

“We’re speaking to a number of prospective investors and are hoping to raise a couple of million for an accelerator fund, by the first quarter of next year,” Hill says.

“We’re making some good process with that and are quite confident people are starting to see the competitive advantage that’s here.

Applications for ASTN’S Investment Pitching Competition close at 5pm on October 2 and all sports technology startups are encouraged to apply. In addition to the invite to the Innovation Workshop given to the top 10 startups, the winning and second placed pitches will receive $10,000 and $5000 cash respectively.

For more information or to apply, visit www.itinventiontest.com.au/ or the ASTN’s website.