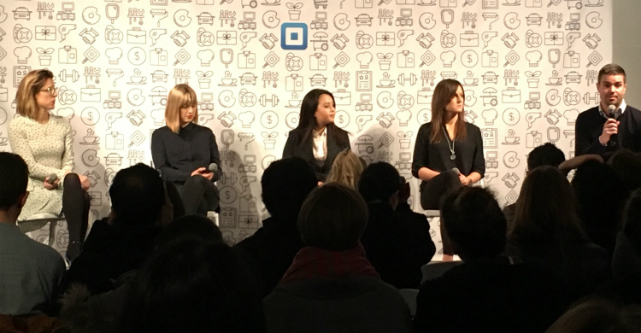 Successful people leading startups or businesses usually avoid giving much notice to narrow-minded comments, but when you are constantly faced with discrimination it still hurts and it’s hard to stay quiet.

The event, hosted by Square as part of Startup Week, was held in Melbourne following similar events in San Francisco and Toronto.

Hamilton grew up in a family of entrepreneurs and has always been surrounded by the business world.

“I never realised I was discriminated against until I became a mother,” Hamilton says.

Just a couple of years ago Hamilton raised $6 million in funding to take Bellabox to the next level, and she also heads a team of 30 people across Australia and Singapore.

But at a recent event, many guests refused to believe this, instead assuming she must be a work-at-home mum because she has children.

She says assumptions by people in general that women in business are all “mumpreneurs” undermine the many achievements and success of female entrepreneurs.

“No one assumed I had a business that employs people,” Hamilton says.

The struggle to be taken seriously

Butterbing Cookie Sandwiches is Clarke’s first business and she calls herself a “wholesale cookie manufacturer” so people recognise her as a legitimate business owner.

Whether she’s reaching out to suppliers or purchasing industry standard equipment, Clarke has encountered many people either not wanting to take her money at all, over quoting her or ignoring her entirely.

Despite this, Clarke now supplies cookies to more than 100 cafes across Melbourne, she leads a team of seven to 10 people and she’s on the brink of expanding her business to new markets interstate and overseas.

She has made a dedicated effort to surrounding herself with inspiring people and business leaders in her space.

Before launching League of Extraordinary Women, Thai says she experienced similar issues in the early days of building her sugary empire Cupcake Central.

“To a certain extent, I had to fake it till I make it,” she says.

“You have to sell the dream.”

Learning to be self-confident played a critical role in turning people around and making them take her seriously.

Step up and inspire others to lean in

Thai says that she seizes every opportunity to speak at events, panels, conferences and schools.

“I believe everyone on this planet has something special to give to the world,” she says.

She wants more women leaders to speak up because it has great potential to inspire the next generation of entrepreneurs.

Thai’s own entrepreneurial flame was ignited when she was in high school and a visiting guest speaker talked about running a successful business.

“The first time I ever thought I could run my own business was on speech night in Year 11,” she says.

“I thought I could be that.”

It’s a key driver motivating Thai in her latest venture as she works to change the landscape of opportunities for entrepreneurs around the world with the League of Extraordinary Women.

“A lot of women decline speaking gigs – they don’t think that they have a story worth telling,” she says.

“That’s why I talk about Cupcake Central, I only had a dream.”

Be a champion for great talent

The question of using quotas to tackle the diversity problem in Australian workplaces was a contested topic on the panel.

But one thing was clear: the best person should get the job but the opportunities for the best people to apply also need to be created.

Reflecting on her own journey, Thai says she had people along the way who empowered her to move upward in her career.

If you know someone is doing a great job, tell them, something that Thai says can be as easy as meeting them for a coffee and showing recognition for their efforts.

“I had a champion pushing me,” she says.