Australia’s leading female founders on the biggest challenges they face in a male-dominated industry: “It takes a village to keep you sane as an entrepreneur” 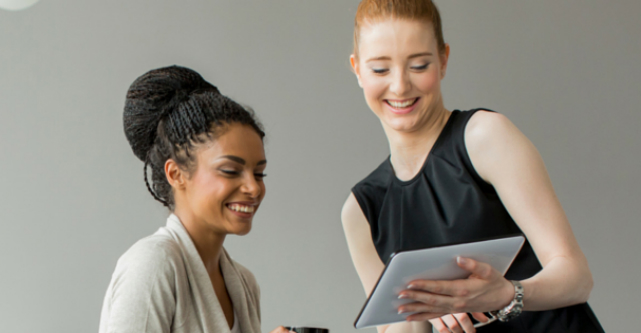 Scrunch CEO and co-founder Danielle Lewis, who left a male dominant corporate sector to launch a startup, was shocked at the sheer lack of women in the ecosystem.

“This brought plenty of awkward networking events, rude comments and knock-backs, however, I never lost my stride and pushed through to find a passionate group of supporters for our startup,” Lewis tells StartupSmart.

Over the past five years, Lewis says there have been some promising shifts, with more women-led VC funds like Atlanta Daniel’s Signal Ventures, and a growing number of female-focused tech and startup networking events.

But the funding issue is echoed across a prominent group of tech leaders who will be speaking at the upcoming Creative3 conference in Brisbane.

Access to funding is the biggest challenge That StartupShow producer Anna Reeves faced.

“In Australia, currently only 5% of female founders of tech-based startups are funded, so my immediate question is: why?” Reeves tells StartupSmart.

Stringr CEO Lindsay Stewart says it boils down to how people in society relate with one another.

“One of my favorite professors, Ethan Mollick at The Wharton School, has done research on women entrepreneurs and funding of startups,” Stewart tells StartupSmart.

“He’s found women statistically have more successful startups, however, funding of them through traditional VCs is vastly lower than their male counterparts.

“Upon a cursory look, you could call that misogyny, however, I believe it’s more an issue of how we relate to others. Men relate to other men better because all male investors were once or are young men.”

Stashd founder and CEO Jessica Wilson experienced the problem of relating first hand when she launched her app at the age of 22.

“It was very black and white when it came to people’s interactions with me at networking events and I would be the only woman or one of three maximum at events,” Wilson tells StartupSmart.

“People would either see the value and the vision or they wouldn’t. I definitely got mistaken for an intern as opposed to the CEO in the early days but this only made me more driven.”

Stewart says investors can play an important role in turning the statistics around.

“Foster those who have great business ideas and make sure they stay in the game long enough so they can become silver ladies making investment decisions,” she says.

Technology Will Save co-founder Bethan Koby says the lack of women among tech and VC circles doesn’t mean there aren’t talented ones out there.

Wilson adds that female founders should not be depicted as a handicap.

“The way we change that is by setting examples,” says Wilson.

“We need female founders to rise up and be the example, and the only way we can do that is by supporting them, investing in them, and celebrating their successes.”

To women entering the entrepreneurial game, Reeves says they should move forward and be tenacious.

“Tenacity is what keeps you going that bit further everyday in the face of many challenges,” she says.

If she could go back in time, Lewis says she would tell her younger self to start something sooner.

“Everything is a process and an opportunity to learn. What will be, will be and if you work hard, the success will follow,” she says.

2. Outline what you want

“Startups have their tough days, but if you are willing to write down the five things that are critical and work on them each day, you will build something,” she says.

3. Get what you want

Learning to negotiate is a critical skill.

“Some may think it’s not lady-like, but remember anything said with kindness that’s reasonable, well, is reasonable,” Stewart says.

4. Build a team to run with you

“Get a partner or co-founder, working at it alone is really tough and most investors won’t take you seriously,” Stewart says.

A solid network of support on top of that can go a long way.

“It’s okay to ask for help on occasion, which I am really bad at,” Reeves says.

“Whether it’s asking for advice, support, or even emotional support – it takes a village to keep you sane as an entrepreneur.

“It’s also important to respect the time of people who may help you and acknowledge your gratitude.”