Australia’s most powerful women in technology 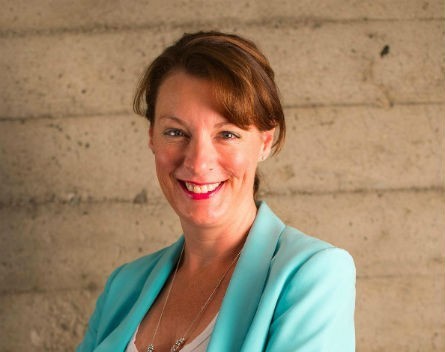 This week, our sister publication, SmartCompany published a list of the most powerful people in technology in Australia.

Just one woman features on the list of 12: Catherine Livingstone, the chair of Telstra.

When I asked list author Brad Howarth why we’re not seeing more women on such lists, he said it reflects a general lack of women in leadership positions across technology in Australia – a problem that he believes is sadly getting worse. While there are some women leading large technology businesses here – such as Pip Marlow at Microsoft and Maile Carnegie – we don’t see a significant number of female CIOs and CTOs at major organisations.

However, while women may not hold technology-related leadership positions at the same rate as men, there are still numerous examples of women making a powerful contribution to technology in Australia — as leaders, entrepreneurs, engineers, consultants and advocates for women in the industry.

Check out our list of such women below. And let us know who else you would include in the comments field.

Marlow, the Country Manager of Microsoft, is an obvious contender for this list, holding one of the most senior leadership positions in the industry.  Microsoft Australia employs more than 900 people locally and distributes technology that touches almost every Australian. Marlow is a strong advocate for flexible work at Microsoft, which has a ‘work from anywhere’ policy.

Carnegie was appointed Managing Director of Google’s Australian and New Zealand offices in 2013. Google is a major employer of technology professionals locally, and has a strong engineering team based in Sydney who’ve worked on some of its most significant products including Chrome, apps and Geo.

Burleigh is the General Manager of Intel Australia and New Zealand, and somebody who declares “technology marketing” her passion. She’s responsible for a team of around 40 people locally, as well as more than 4000 partners, including retailers and computer resellers.

Stocks has been the managing director of Twitter since September 2013 and was previously a managing director of mobile and social solutions at Google. At Twitter, she’s responsible for the Australian arm of its advertising business and performance and has the goal of making it the “leading office for the company globally”.

Don’t let the amusing job title of ‘Chief Executive Pony’ fool you. Lu is causing some serious disruption across the online retail space, upsetting the big retail giants like Myers and DJs, and playing her part in changing the way you and I shop.

Campbell is the CEO of the Australian Information Industry Association, the peak body and advocacy group representing the ICT Industry. She has more than 20 years experience working in the sector, including with Telstra, Unwired and KAZ.

Parker is a regional director at Frelancer.com, responsible for marketing and communications across Australia, New Zealand and North America. She’s currently working with women’s groups and marginalised communities across the world, supporting women in accessing online employment opportunities and contracts in safe working environments.

Herd-Court is a technology entrepreneur and the CEO of IntelligenceBank, an online information management company providing a wide range of management solutions to enterprises. She was formally on the executive team of Hitwise, managing parts of its global expansion and has previously been named a finalist in the NAB Women’s Agenda Leadership Awards.

Simson is the founder of online gift provider Red Balloon and one of the country’s leading and best known entrepreneurs. She’s also one of only a handful of LinkedIn Influencers, where she regularly shares business tips, and is a strong advocate for creating happy workplaces.

Burston is an entrepreneur passionate about finding online solutions, and the founder of numerous businesses including Job Capital, offering salary solutions to businesses. She also recently launched Rare Birds, a platform connecting entrepreneurs with mentoring and advice, and has an ambition to support 1 million female entrepreneurs by the year 2020.

Durkin is the founder of 99Dresses. She also makes this list for penning herextraordinary piece on ‘failure’ which included some of the difficulties she’s faced being a woman in technology, and which consequently went viral around the world.

A non-executive director on large boards including Goulburn Valley Water and State Trustees Victoria, O’Connor brings her consulting, strategy and experience in technology-based transformations to the businesses she supports. A former group general manager with Telstra, she’s led on major technology change projects as a consultant to companies like Origin Energy, Medibank Private and Bendigo Bank.

Kersh founded 4cabling, a cabling and IT accessories manufacturer, at the age of just 21. Having recently sold the business (which was reportedly making more than $10 million in revenue a year), she now uses her experience managing and marketing a major online retailer to support other businesses with their digital and eCommerce strategies.

Wu is a leading investor and advisor to startups, and has recently returned to Australia from Silicon Valley to lead the local team for Stripe, a payment software provider. Having undertaken her first IPO at the age of just 24, she’s advised companies including Twitter, Square and Medium.

Stephens is the managing director of technology company Thoughtworks and a passionate and vocal advocate for diversity in the industry. Thoughtworks currently has a quota system for hiring female graduates, which Stephens recently declared has made the company more successful.

Carruthers is the co-founder of Social innovation Sydney, Creation Nation and Moore’s Cloud, and a business and IT strategist who works with integrating new technology and business practices into business operations. She’s also the Engineering Faculty IT Manager at UNSW Australia.

Yorke is a consumer digital media lawyer and policy adviser on issues affecting the internet and social media, who is currently working in Corporate Affairs at eBay Inc. Yorke has served as the acting CEO of IAB Australia, the legal director of Yahoo! And a lawyer with Microsoft.

Perkins is a founder and the CEO at the Sydney-based Canva, an online platform allowing ‘anyone to create professional quality design’ which already boasts more than 600,000 users and millions of completed designs. Her first company Fusion Books, an online design system helping schools create yearbooks, is now used around the world.

Burns is the founder and CEO of the Young and Well Cooperative Research Centre, an organisation exploring how young people use technology and its impact on wellbeing and mental health. The centre was built around Burns’ previous work in suicide and depression prevention, as well as her PhD in Medicine.