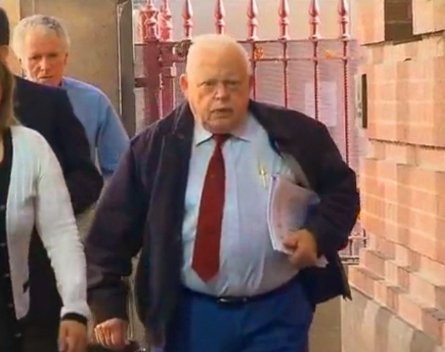 The court battle between tyre and automotive entrepreneur Bob Jane and his son, Rodney, has dominated the news this week, and with good reason.

The two have been at each other’s throats for years now, and this isn’t the first time they’ve met in court. Last year, Bob Jane won a court ruling which allowed him to trade under his own name despite protests from the Bob Jane Corporation, run by Rodney.

This week has seen a number of accusations flying between the two parties. Bob Jane himself is seeking to recover $2.9 million, which he claims was loaned to Rodney – Rodney claims a large portion of that was a gift.

Bob Jane has made a number of other claims about his participation in the company, saying he was forced into standing down his director’s position in 2011.

He also claimed he had been denied access to financial documents. “I’ve asked for them many times. I’ve been treated like rubbish,” he said in court yesterday, according to The Australian.

Bob Jane Corporation was contacted by SmartCompany, but no reply was available prior to publication.

The entire case may be entertaining to watch, but it also crystallises the risks in doing business with family. Although Bob and Rodney may have entered business with the best of intentions, the relationship between the two has broken down.

Such misunderstandings are common. A recent report from BDO found 93% of 320 family-owned businesses said they intended to pass on some wealth from the business in the following five years – but only 39% said they had a succession plan.

Many family businesses just assume everything will be fine when the son or daughter comes on board, because “they’re family”. This leads to ambiguous reports and tales of “verbal agreements” which turn sour.

Doing business with family requires careful scrutiny. We’ve put together some lessons on how businesses can avoid a Bob Jane-style nightmare.

Nothing can be ambiguous

One of the major pillars of the Bob Jane case is an argument over whether money provided was a loan, or a gift.

This is a significant area of concern for tax authorities, and with good reason. Loans and gifts carry different tax liabilities.

But this also highlights a significant problem for family businesses. Because family members tend to trust each other, they assume documentation and contracts are just inconveniences. If a family member says they’ll keep their word, they’ll do so, right?

Wrong. As BDO partner Susan Rix explains, business owners can’t treat their employees or partners any differently just because they are family members.

“They should have a contract, they should understand how they’re being remunerated, and everyone needs to understand what their role is.”

“You even find family businesses bring people in and have done no real due diligence on whether that person is suitable.”

One of Bob Jane’s complaints is that he was forced out of his directorship position in 2011.

Family businesses tend to have the opposite problem – the founders never leave. In fact, they simply assume the next generation will take over, and they don’t account for the fact a son or daughter may have other plans.

As Rix explains, the recent BDO report found 39% of family businesses had a succession plan. That’s much too low.

For family businesses, she says, assuming a child will take over the business is putting your company in a precarious position.

“You need to be aware of what the timing is,” she says.

“There needs to be a succession plan. You need to know what the current owner is going to exit, and you’d be well aware of those things if you were unprepared.”

Maintain a line between ownership and work

Rix says a common problem in family-owned businesses is an expectation someone will work in the business, rather than just have a shareholding.

As a result, owners sometimes are surprised when children say they want to keep a stake in the company, but don’t want to do any hands-on work.

Rix says businesses need to be careful with this distinction.

“Often people prefer to just be a shareholder without being the business. And you need to be aware of that possibility.”