Cause mass confusion – with a smile 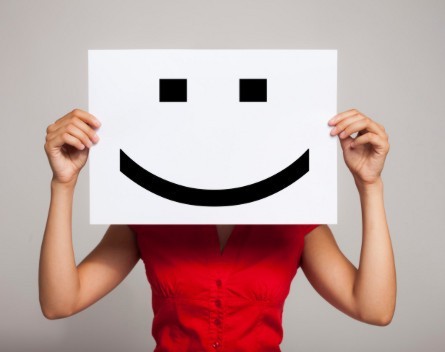 Today, your humble correspondent rocked up for work at Taskmaster Towers – in a happy mood.

You read that last part correctly. The Taskmaster. Happy.

“Good morning Old Bob! You’re doing a swell job on the payroll and those accounts! I don’t say it often enough, but I really appreciate your efforts and all the hard work you put in! Keep up the good work, son!”

Still smiling, yours truly sat down at a desk to check emails. There were meetings scheduled – and not just one. Three of them, in a row, in the calendar.

One was with a lawyer about some new bureaucratic compliance procedures. The next was a sales meeting that involved many metrics and spreadsheets. The third I’ve already forgotten the topic of – it somehow managed to be even boring and less productive than the first two!

Then the meetings had to be delayed for 30 minutes. Someone was already using the meeting room – without having booked it in the calendar!

“Oh, you guys take however long you need,” yours truly said. No bitterness, no anger, no sarcasm. There was an astonished look in return.

“Meanwhile, since I’ve got a spare half hour up my sleeve, I’m going down to the cafe downstairs. Anyone want a coffee? Perhaps a bagel? It’s okay – I’ll pay.”

Staff looked suspicious and bewildered at the suggestion. The sort of look one might see on the face of an Eastern European president when they hear Vladimir Putin has just moved his troops to the other side of their border for an unscheduled “training exercise” – but there’s no threat!

Your zen-like Taskmaster soon returned with the bagels and coffee and then went to the staff kitchen to fetch some plates. Whoever was on kitchen duty last had put them back on the shelf – without cleaning them properly! Half a bowl of porridge was still stuck to the underside of one of the plates!

“These plates will need to be washed again. I might have a friendly chat with whoever was on kitchen duty last. Still, no need to spoil our good mood today, now is there.”

Three meetings later – then an unscheduled fourth – and despite all three going at least 15 minutes overtime and resolving absolutely nothing, one had left the meeting room still smiling. “What’s up with the Taskmaster being so happy today” the puzzled staff whispered.

What was the cause of the good mood? Some new psychology research from the Australian School of Business at the University of New South Wales – and you can read about it here.

And if that doesn’t put a smile on the dial of an Old Taskmaster, I don’t know what would.

Get ti done – in a friendly manner!